Looking Beyond The Textbooks 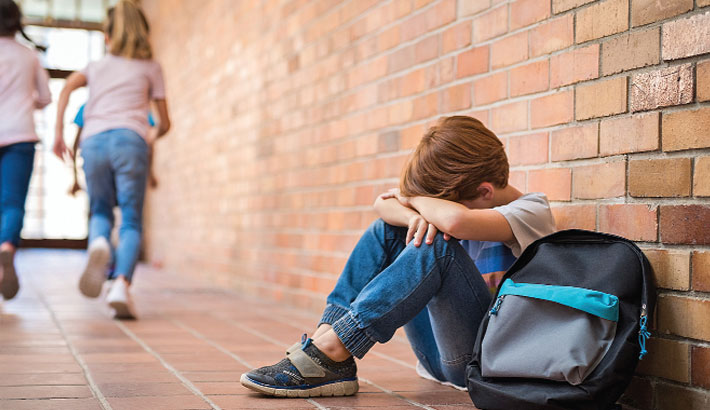 In the Hindi movie ‘Taare Zameen Par’, there is a scene where a teacher is seen asking Ishaan (the central character) to open page 38, chapter 4, paragraph 3, read out the first line and point out the adjectives. Ishaan faces difficulty in reading as he sees the letters are dancing before his eyes. When Ishaan fails to read properly, the teacher scolds him saying, “Stop it, stop it. Enough is enough. Get out. Get out of my class. Out!” While walking out of the class the teacher looks at him angrily and insults him as a ‘shameless boy’. Later in the same movie, when Ishaan was sent to study in a boarding school, he meets another teacher Ram Shankar Nikumbh. Observing him closely this art teacher not only identifies his problem but also solves it with utmost care. Nikumbh believes that every student should enjoy school days. Therefore he breaks all the conventional rules of schooling with a view to making his classes fun rather than imposing pressure on the pupils. Consequently, all the students, including Ishaan, respond to him perfectly and begin learning effectively. 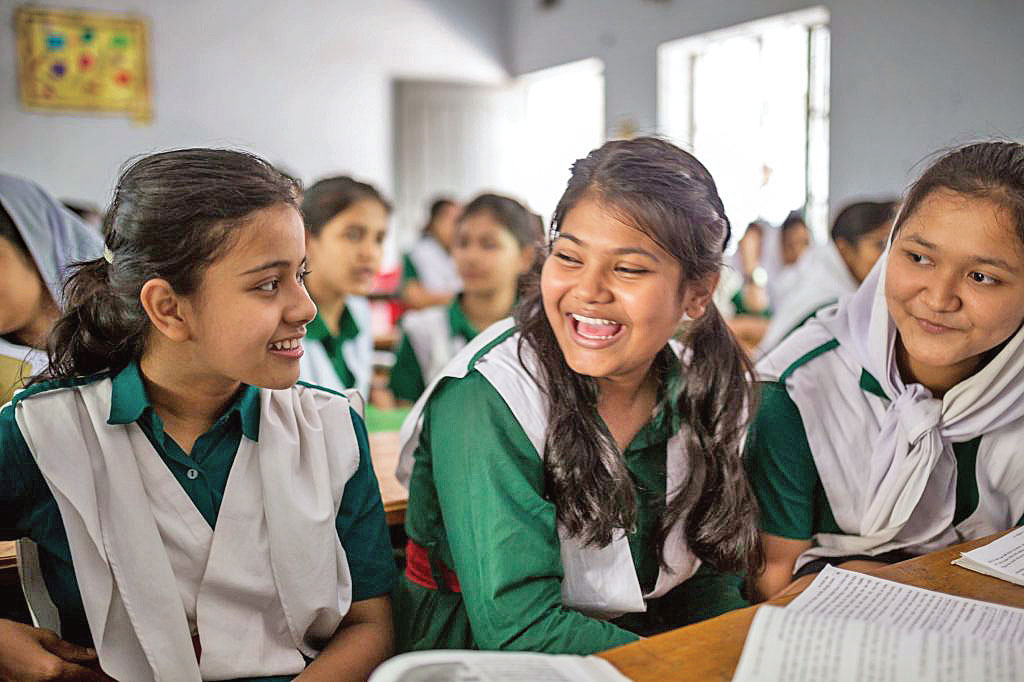 Like Ishaan, there are numerous students around the world who undergo similar situation during their school life. But most of them don’t get a teacher like Nikumbh who comes to their rescue and solves their problem. Especially in Bangladesh many students feel enormous pressure at a tender age and find schools so boring. Owing to learning disabilities and mental pain they suffer in the primary or secondary schools they lose their interest in study. Recently, a survey, jointly conducted by the Non-communicable Disease wing of the Directorate General of Health Services and the World Health Organisation, found that 13.6 percent children of 7-14 age groups are suffering from mental disorder in Bangladesh. Unfortunately most of these children are deprived of the proper care they are supposed to get from their teachers. In our country, most of the primary and secondary teachers do not pay any heed to the students’ mental health rather they keep putting pressure on the students on a regular basis. Even the concept of recruiting a school psychologist is still unknown in many parts of our country, let alone the appointment of a psychologist in the educational institutions. According to the American Psychological Association (APA), school psychologists provide a range of psychological diagnosis, assessment, intervention, prevention, health promotion, programme development, and evaluation services with a special focus on the developmental processes of children and youth within the context of schools, families and other institutions. Owing to the lack of educational psychologists in the schools the number of drug addicts, suicide attempts, dropout, sexual harassment, moral degradation, reckless lifestyle and inattentiveness in study are increasing alarmingly among the students.

Well, students of primary and secondary level are the most vulnerable groups to face depression, stress or any mental disorder. In her book 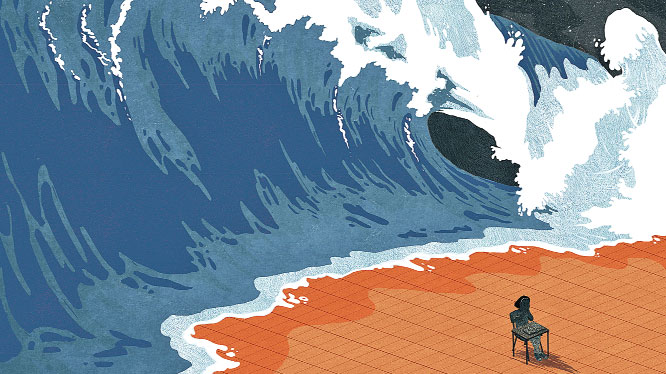 Changing schools for urban students: The School Development Program, Accelerated Schools, and Success for All, Carol Ascher stated, “Given increasing divorce rates, the growing numbers of single-parent, families, and families in which both parents work, and the general complexity of modern life, direct contact to violence are potential reasons to put the children into disastrous condition.” Childhood is the most sensitive period of an individual’s life as this is the time when individual remains oblivious to all factors of life. While growing up children go through a process of development and when this process faces disruption, children carry maximum potential to encounter anxiety, attention-deficit/hyperactivity disorder, depression, post traumatic stress disorder and neuro-developmental disabilities. Consequently, their mental pain obstructs them from concentrating on study and eventually put them in long-term mental disorders. Researchers, including Mekhala Sarkar, Associate Professor, Department of Psychotherapy, National Institute of Mental Health (NIMH), Susmita Roy, Associate Professor, Department of Psychiatry, Jalalabad Ragib Rabeya Medical College, and Mahfuza Akhter, Senior Consultant (Skin & VD), Shaheed Suhrawardy Medical College, surveyed 144 respondents from class VI to class IX and found that 43 students (29.9%) are suffering from depression. And it has also been found that the girls are more depressed than the boys. 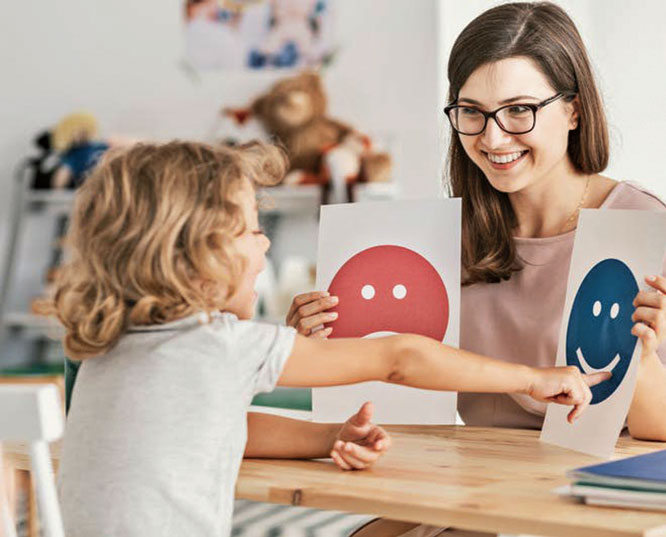 Moreover, due to the imbalance in the teacher-student ratio, teachers cannot give proper attention to every single student individually and understand their mental condition simultaneously. For instance, the Campaign for Popular Education (CAMPE) revealed last year that there are 46 students on average against a permanent teacher and 39 against a teacher if both permanent and temporarily recruited teachers are counted in the secondary institutions of our country whereas the National Education Policy 2010 aimed a teacher-student ratio of 30:1 and set a target to achieve this by 2018. But till now the government could not afford recruiting required number of teachers in both primary and secondary levels. Consequently, it made the existing teachers bound to concentrate only on completing syllabus without thinking about the psychology of their students.

Besides, the education system of our country is also responsible for the continuation of mental sufferings of our students. Rasheda K Chowdhury, Executive Director of the CAMPE, opined in this regard, “There is no country in the world except Bangladesh where children of this age are being forced to sit for a public exam. The certificates they obtain through these exams do not add any value to their academic life. Instead, the psychological pressure the students have to go through is indescribable. They have to attend coaching centres, take preparatory tests, and solve guide books.” Both parents and teachers push students to a great extent so that they can attain remarkable results in the public examinations. Eventually, when students cannot earn expected results, they get depressed and face long-term consequences of excessive pressure and despair.

The fact is that we often fail to understand that lack of attention to the mental health of children and adolescents may lead to mental disorders with lifelong corollary, undermine compliance with health regimens and reduce the capacity of societies to be safe and productive. Thus recruiting psychologists in schools has become the most prominent necessity of time to improve the educational experience of children. On January 16, 2020, Education Minister Dr. Dipu Moni said, “The government has decided to appoint counsellors or clinical psychologists in all the educational institutions across the country”. This is not the first time that the concerned authorities said about recruiting psychologists as earlier premier Sheikh Hasina asked the ministries concerned to appoint child psychologists in schools on July 17, 2010. Albeit Prime Minister gave the directive almost a decade ago, the government is yet to realize her words. Therefore, educationists are not hopeful about the assurance of the Education Minister.

If the policymakers try to satisfy people only with promises, the dropout rate will eventually increase, but the sufferings of tender-aged students will never come to an end, and our future generation will blame them for not taking care of their mental health. Considering all these aspects it is high time we addressed this issue with due importance.