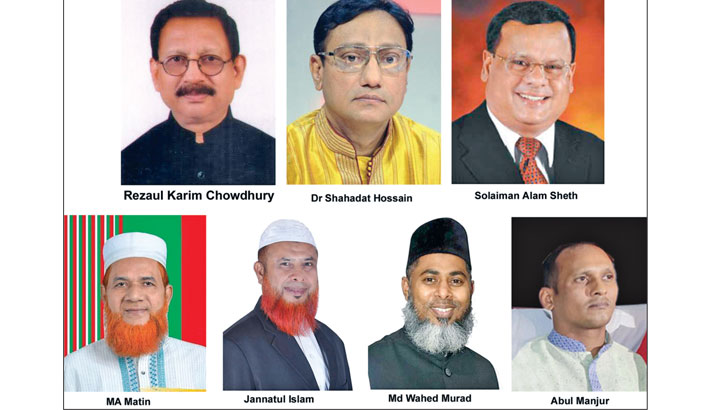 City dwellers are expecting heartfelt efforts from the newly-elected mayor of Chattogram City Corporation (CCC) for developing Chattogram as a clean and green city free of waterlogging in true sense.

They also laid emphasis on coordinated and combined efforts by the agencies concerned for sustainable development of the city, considered to be the commercial capital of the country.

Though there are different development agencies including Chattogram Development Authority (CDA), Chattogram Water Supply and Sewerage Authority (Cwasa) and Karnaphuli Gas Distribution Company Limited (KGDCL) for providing services to the city dwellers, CCC is solely responsible, as they have elected representatives.

City dwellers, businessmen and professionals put up their expectations and suggestions, and expected to have these in the electoral pledges of the mayoral candidates.

They observed that making the city free from long-drawn waterlogging crisis will be the main challenge for the new mayor while introduction of mass transport system is also one of the important demands of them.

Renowned businessman and Director of Chittagong Chamber of Commerce and Industry (CCCI) SM Abu Tayaab said the would-be mayor will have to emphasis on building Chattogram as the clean city by ensuring all the civic facilities.

If the city is developed as a good one to live for residents, then it will ultimately bring benefits for businesses, he observed.

The CCC also should stress on ensuring hassle-free transportation service and terminals for the heavy vehicles like bus and truck, Tayyab suggested.

“The Mayor will have to set proper plans and philosophy to develop the city and six seasons of the country should be reflected in the city development and beautification,” he opined.  The would-be mayor will also have to tendency of reading minds of people and engage them with the development activities as a leader, he said.

“It’s very much important that the mayor should bring all the stakeholders under a same platform as a guardian of the city”, he added.

Architect and town planner Ashiq Imran observed that Chattogram city has been suffering from over population and area of CCC will have to be expanded upto Patiya in the south and Hathazari and Mirsarai in the north for providing proper service.

The administrative power given to the mayor is insufficient compared to the developed countries for running the city, said Ashiq, also honourary consul general of the Russia.

“Government should provide more power to mayor so that additional activities can be carried out for development of a city,” he said.  CCC is the lone organisation of the country having education and healthcare services being provided from own fund, said the architect.

A city having over two million of population should follow international standard for transportation system. But, the CCC now has around seven million people, said Ashiq.

“The would-be mayor will have to develop metro-rail service for rapid movement of the residents,” he said.

“Proper drainage system is also one of the important components for keeping the city clean and free of waterlogging,” he added.

Contacted, Environmentalist and Researcher Professor Dr Md Edris Ali said first of all upcoming mayor will have to build strong relationship with experts and residents for expected development.

The mayor will have not to sacrifice his life rather he should utilise the power to keep the city free from pollution, he suggested.

“Upcoming mayor should assign professional staff for monitoring and implementing the city works,” he said.

The mayor also should work with river Karnaphuli and Chaktai canal to keep them free from pollution as Karnaphuli is considered as economic lifeline of the country, said the researcher.

Though CPA and district administration are mainly liable to maintain Karnaphuli, the mayor can play positive role as guardian of the city, said the environmentalist adding that people want to have a good environment.

He alleged that the CCC is a corrupt organisation and most of the corruptions are taken place in holding tax realising system.

CCC will also have to stop the beautification business through occupying the pavements, he suggested.

Mahbubul Alam, a city resident, said they suffer from waterlogging problem and dilapidated road conditions of the city.

The new elected mayor should work to lessen the public sufferings, he said.

“Waterlogging creates worse situation in the rainy season. So, the new mayor will have to attach priority on the issue,” he said.

Another resident Tanjina Akhter said CCC mayor should work for woman education and their safety during movement.

Mentionable, seven mayoral candidates are now on the race for the CCC elections set to be held on March 29.