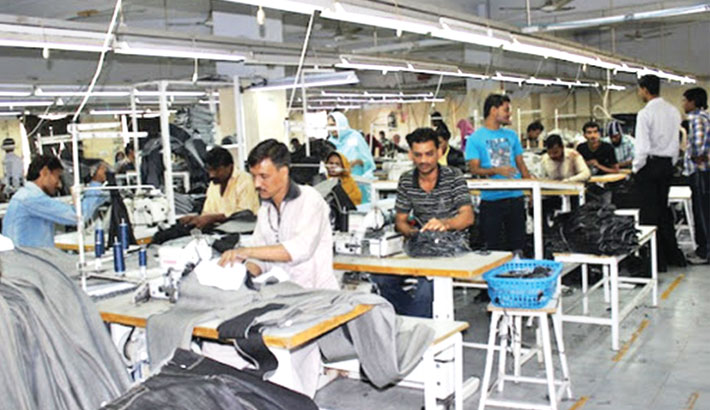 In Bangladesh, unacceptable working conditions are often created by long and working hours. Administrators of factories and other businesses that are operating under the Labour Act, 2006 often enforce overtime upon their employees on a regular basis, especially more so when deadlines are looming closer. In most cases, overtime is demanded at the eleventh hour and workers are in no position where they can refuse it. Consequently, they have long working hours without sufficient breaks which lead to deterioration of their health.

According to section 102 of the Labour Act, the working hours should not exceed 48 hours per week. A worker’s maximum working hours, including overtime is 60 hours per week. But the average annual working hours cannot exceed 56 hours a week. In the readymade garment (RMG) sector, in a day almost 62 per cent workers work for 12 hours and around 23 per cent of workers work for 10 hours, and only 4 per cent of respondents told they work for 8 hours a day, while around 12 per cent work for more than 12 hours, according to a 2018 report.

The sustainable objective is to achieve a process through which the wellbeing of our people can be maximised. This welfare influences “utility,” which mainly means the maximum combination of labour hours and wages can be gained at any point with the workers indifference curve. Meaning, monetary needs contribute only a limited portion, to the overall happiness of the workers. The workers’ familial responsibility, skills, wages, leisure hours along with a mix of other important factors contribute to maintaining their overall happiness.

Compromising their individual happiness, the workers are involuntarily making a choice to dedicate more of their time towards labour than leisure. The underlying motivation for this uneven distribution of an individual’s time is due to the very low wages they receive and the lack of suitable alternative jobs for most of them. Income holds an important priority in an individual’s livelihood, but so does leisure hours. It can be challenging to place a monetary value on the time spent with our children, evidently a working parent misses out on important development stages of their child’s growth. This missed time can never be recovered once lost. It is also a crucial contributing factor towards the loss of their children’s potential optimum development.

All the above costs notwithstanding, owing to the bare minimum resources available, these workers are choosing to make the rational call and forgo leisure hours for more working hours. According to international statistics, as people experience financial stability, the hours of work tend to drop.  According to the data from the European statistics agency Eurostat, full-time workers in the UK work an average of 42.5 hours a week, above the European average of 41.6. In Spain, workers work 40.9, in Portugal, 41.1 and 42.4 in Poland. In no country, either of the Eurostat or of the Organization for Economic Co-operation and Development (OECD), workers work a 32-hour-week average.

As countries become richer, the people tend to take the extra wealth and dedicate it towards enjoying more leisure hours. Affluent societies have shorter average working hours. This is not only because of legislation or societal demand, but because the people can afford it. Previously, the average working hours in Britain or the US was at an equivalent level as Bangladesh today. The GDP growth rate of Bangladesh is increasing at 7 to 8 per cent every year. This is faster than the United Kingdom or United States growth rate during their development years. A hopeful implication is that we should witness similar results in years to come. Gradually, Bangladeshi workers should take more of their current higher incomes in the form of leisure. Forcing longer working hours on people requires a more sustainable solution in the interest of the family. People can and do ignore the law when they believe it benefits their own selfish interests.

As previously mentioned, the yearly GDP growth rate of our country is commendable. However, it does not portray the financial wellbeing or the living standards of workers. The beneficiaries mostly are only the owners. Since, the minimum wage is not quite adequate in our country, the workers cannot satisfy their basic needs and hence they work overtime – they fall far short in spending quality time with their families.

To reduce overtime, the minimum wage must be raised to resolve this difficulty. But in our country, wage rise is a rarity because of the syndicate of businessmen, who have significant influence on the government. Provided that minimum wage increases, then the owners would have to pay higher, and they would receive less profit. So, if the government takes proper action to solve the issue and take strict steps in increasing wage, then both the workers and the economy would benefit, as our labour would still be comparatively cheaper in the global market.