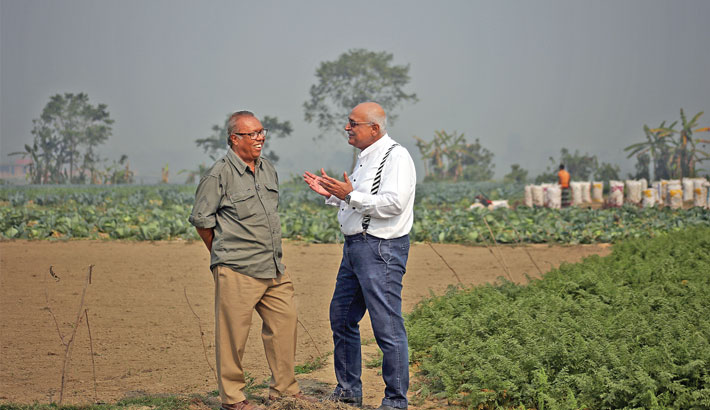 To mark the occasion, a special episode featuring economist and public policy analyst Dr Debapriya Bhattacharya will be aired on Channel i at 09.40pm tonight.

‘Hridoye Mati O Manush’started initially on state-run Bangladesh Television (BTV) as ‘Mati O Manush’ in 1982, and later it continued on Channel i from February 21, 2004. The programme is aimed at encouraging the farmers to further development of the country’s agricultural sector. It projects all aspects of agriculture, its problems and possibilities.

Shykh Seraj, also head of news of Channel i, has taken the show to the masses at home and abroad.

Shykh Seraj is the winner of Swadhinata Padak and Ekushey Padak.