Will Mominul roar only at home? 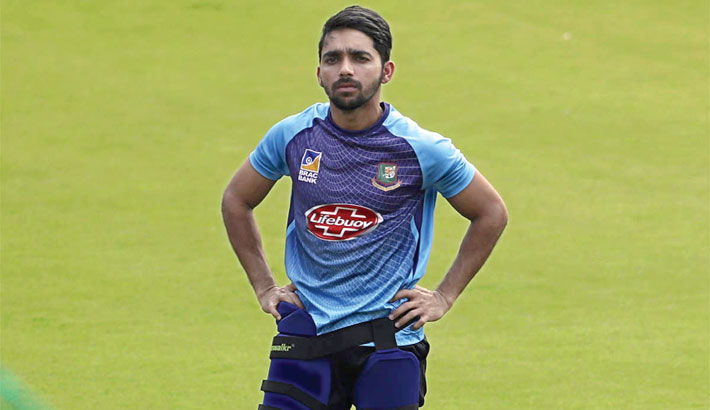 After the second day of Mirpur Test, Mominul was unbeaten on 71 runs. Bangladesh Test skipper Mominul Haque was criticised for not being able to score a big innings. But he was adamant about not only scoring for his own but also wanted the team to score big as well.

Skipper Mominul picked up his ninth Test century with a boundary in the 83rd over of the innings. Struck a partnership with Mushfiqur and kept the team scoreboard running as well. After lunch he was caught and bowled by Ainsley Ndlovu after a well-constructed 132-run innings with 14 fours. His style of batting was giving the impression that he could play longer innings easily.

Mominul has led the Test side since Tigers tour to India. Immediately after becoming captain, his bat fell into the weather.

But since his debut in Test, Bangladesh have always tried to find confidence in Mominul’s bat. Many people think that despite having players like Tamim, Mushfiq and Shakib, Mominul is the best Test batsman of the Bangladesh team. After scoring 44 runs in two innings at Indore, he had to digest ‘duck’ in both innings in the pink ball test match at Eden Gardens in Kolkata.

Meanwhile, Bangladesh team were squandered in Pakistan. Mominul scored 71 runs in two innings against Pakistan at Rawalpindi which was not enough to avoid the team’s innings defeat. Mominul went down to play against Zimbabwe with the pressure of an underperforming team and individual performances. After fifteen months, fourteen innings and seven Tests, this left-handed batsman scored a century on Monday. After this century his batting average rose to 40 again.

In white dress cricket, Mominul made his name along with Tamim as both scored nine Test centuries for their country which is most by any Bangladeshi player. Though, Mominul is quite ahead of Tamim in terms of the number of matches played. Tamim took sixty matches to score nine centuries while Mominul took fourty matches.

All of the nine Test centuries by Mominul came at home. There is hardly any player having the record of scoring nine tons at home ground at beginning of the career. Former England batsman Allan Lamb who played for England in 80-90’s has this record. He scored nine out of his fourteen Test centuries in England.

Scoring century continuously at home soil made Mominul a Test batsman. But his bat loses the tune at foreign soil. With six half centuries and with best innings of 77 run runs. He scored 736 runs in his seventeen match and thirty three innings with five ducks as well and a batting average of 22.30 in foreign soil.

On the other hand on home ground he scored 2,124 run in his twenty three matches and fourty one innings with nine centuries, seven half centuries and three ducks and a remarkable 57.40 batting average. His best innings at home is worth 181 runs.

Mominul could not overcome this difference in performance between home and abroad. So naturally the question arises, will Mominul be the roaring Tiger at home ground only? Scoring a century outside home condition is becoming a dream for him. During the past two years, he has said to media that he has thoughts of overcoming the drought. He is just waiting for the right time to shine on the right stage. However Mushfiq considers Mominul as one of the best batsmen of Bangladesh. Now a century on away grounds could take him to another level. If Mominul could use the opportunity well he could get it by this April on Pakistan tour.

Bangladesh will tour Karachi to face Pakistan under his captaincy there.