MRP: A Ruse In Practice! 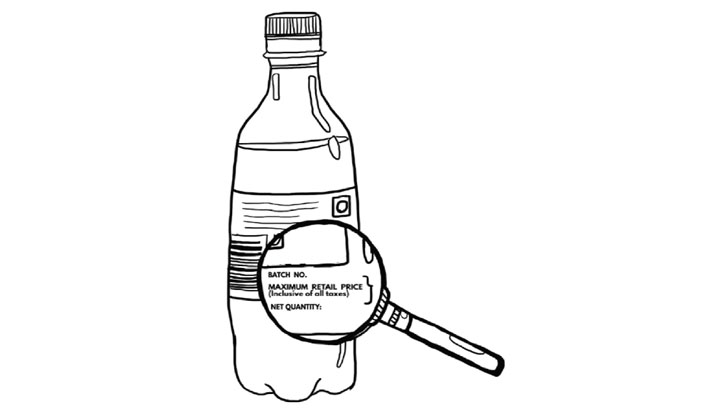 Printing MRP (Maximum Retail Price) on the packet of any commodity is a widely popular practice in Bangladesh. We all know that the concept of using MRP was introduced to prevent businessmen from deceiving people by selling a product at an excessive price. At the time of introducing the system it was expected that the retailers will sell their products at a price lower than the amount tagged as MRP as it is just a recommendation indicating the maximum price of a product, not anything fixed. Though the concept was introduced with a good intent, MRP has been criticized by the people of different quarters since its introduction. While the businessmen sometimes argued that MRP may stop them from making more profit in the era of free market economy, the consumers were anxious that the manufacturers may set the MRP much higher than the actual price as there is no law to punish the manufacturers if they set high MRP. Law can only regulate retailers not to sell items at a price higher than the MRP. Unfortunately the fear of the common consumers has come true. MRP has turned into a tool to fool them. It has been found that many manufacturers print high MPR intentionally and deceive people. 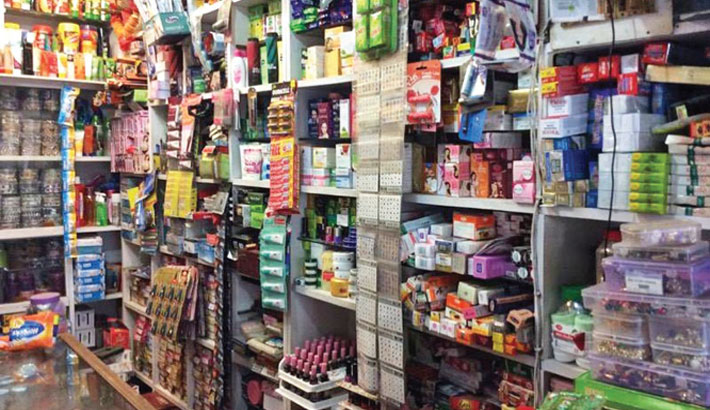 Most of the companies, both well established and new ones, are deceiving consumers using this MRP to a great extent. The companies print MRP that have no relevance with the market price. Taking advantage of the huge gap between production cost and MRP, manufacturers offer huge profit to the retailers. For instance, the other day, I went to a nearby shop for buying a pack of diaper. After taking a pack of diaper produced by a renowned brand of our country, I paid the price written on the packet, but the shopkeeper kept Tk 15 less than the MRP! Being surprised I told the retailer that possibly he made a mistake, but he replied that he did not do so. It is for sure that the retailer made profit while selling the product. Then out of my curiosity I contacted a shopkeeper who is close to me. He acknowledged that in our local market there are many products which have huge difference between the wholesale price and the MRP. He further mentioned that in most of the cases, the retailers keep the price in accordance with MRP which offers them huge profit. For example, we buy one kg salt at Tk 35-38, but the wholesale price of per kg salt is Tk 22-23. There are some certain bottled-water manufacturers who print their MRP keeping about 100% profit. Some spice-powder manufacturers also apply the same trick. The scenario of other products is not much different at all. 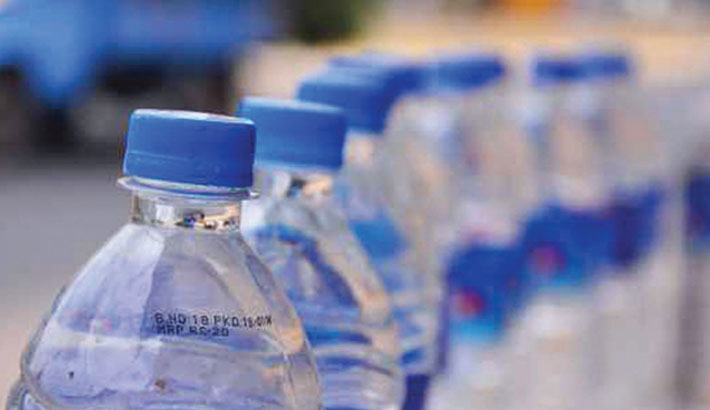 The companies are doing such immoral and illegal activities for some particular reasons. In an open market economy there is always hard competition. While a number of well-established companies have been operating their business for decades, a new group of manufacturers are trying heart and soul to capture the market with their products. After failing to attract the consumers at the initial stage, these manufacturers are targeting the retailers as a weapon to increase their sale. Therefore, they print MRP of a product in accordance with the famous brands but keep the wholesale price low. Consequently, the retailers with a view to making more profits sell products produced by new companies instead of the products of the established brands. It is very unfortunate that our manufacturers do not believe in the policy of selling maximum amount of quality goods with a reasonable profit. We can refer to the impressive performance of a multinational company that has been making good profit keeping its reputation intact in our market. On the other hand, many local companies have appeared in our market but have failed to continue their business. But the situation has worsened as it is found that some multinational companies nowadays, taking the benefits of poor market monitoring policy, also have started following the policy of our local manufacturers. Therefore, we observe that the price of different products of multinational companies is increased suddenly whereas Bangladesh Tariff Commission, the organization responsible for regulating foreign products’ price, knows nothing about that. The law enforcement and other agencies, which are responsible for stabilizing the market, are failing to do their job properly in this regard. 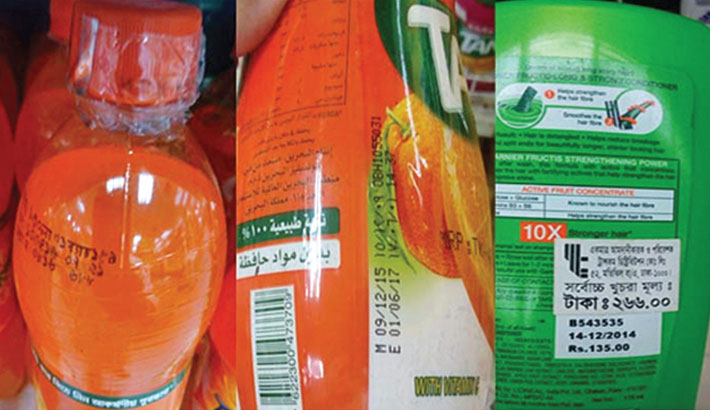 While the businessmen are continuing their business and deceiving consumers for years, there is none to stand for the interest of the consumers. It is very frustrating that, still there is no specific law in our country to stop companies from printing MRP as per their wish. That is why the Consumers Association of Bangladesh (CAB) can do nothing in this regard. After long advocacy and lobbying, much-awaited ‘Consumer Rights Protection Act, 2009’ was enacted in 2009, but the law has many loopholes that still allow the businessmen to deceive people. The existing law on consumer rights only prohibits adulteration, hoarding, smuggling, black marketing, cheating or fraud in weight and measurement or selling products at a higher price than MRP, but it says nothing about fixing MRP. Besides, there is an ordinance which is followed by most of the businessmen to conduct their business. This ordinance was made to ensure the right price so that the importers, the producers and the businessmen may not be able to make unjust profit. Though the ordinance called ‘The Price and Distribution of Essential Commodity Ordinance, 1970’ stops businessmen from making unjust profits, but it has not defined ‘justified profit’ or the extent of it properly. Under the law, price of all commodities should be attached to them and the list of approved price should be hung in an open place. It also makes it mandatory to provide the receipt of the goods sold to the buyers. But no law covers the issue we are writing about. 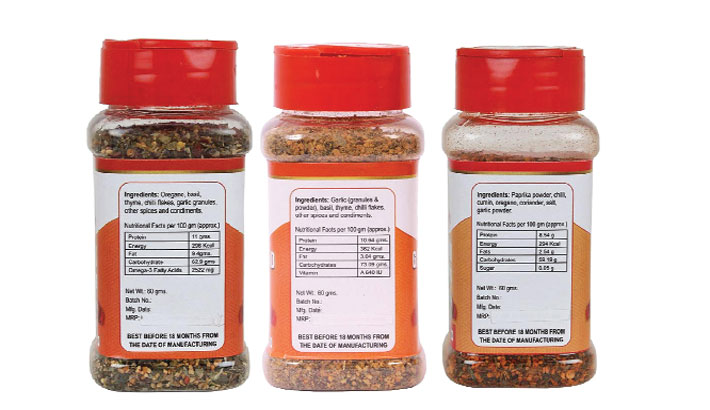 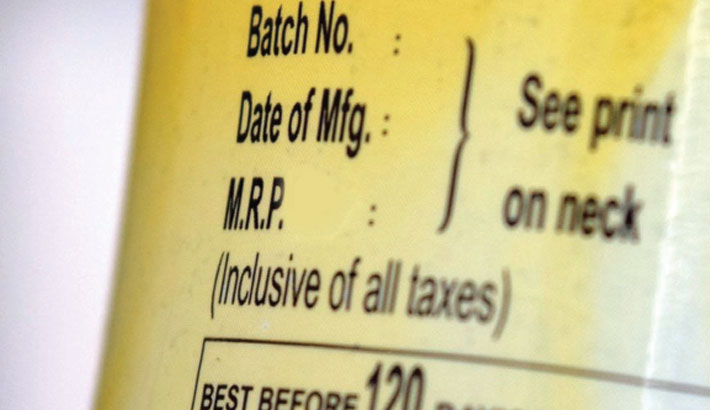 In Bangladesh, it is a regular scenario that the common people are suffering due to high price of commodities as the businessmen always try to deceive consumers in different ways on different occasions. While in other countries, including our neighboring country India, the consumers protest if MRP of any product increases a bit, but in Bangladesh the consumers do not talk much regarding it. When businessmen are taking the advantage of this situation, the authorities responsible for protecting consumer rights are not taking the matter seriously. If their inactive role continues, no one knows how long it will take to free the consumers from this ill practice.