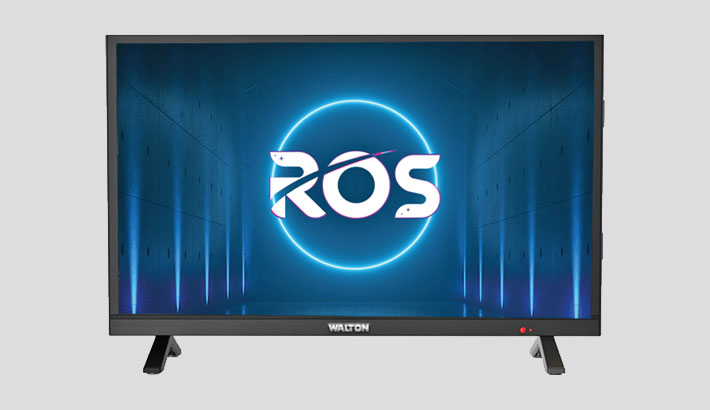 Bangladeshi electronic giant Walton has developed its own operating system for televisions making a breakthrough in the country's television production sector. The newly built OS named ROS (Rezvi Operating System), is being used in all Walton basic TVs. This OS has boosted the quality of Walton TVs and make them faster.

Sources said, Walton has the largest TV research and development (R&D) division in the country where young engineers and designers are working persistently. The operating system, in the first of the country, is developed as a result of their relentless research.

Walton TV's CEO Engineer Mostafa Nahid Hossain said that ROS is a complete operating system for televisions. It has been developed according to the needs of the people of the country. As a result, the TV will work faster. Changing from one channel to another will take less time than before. Besides, the pictures of the TVs will be livelier. The quality of the sounds will be improved and stronger than ever.