‘None to be allowed to indulge in corruption’ 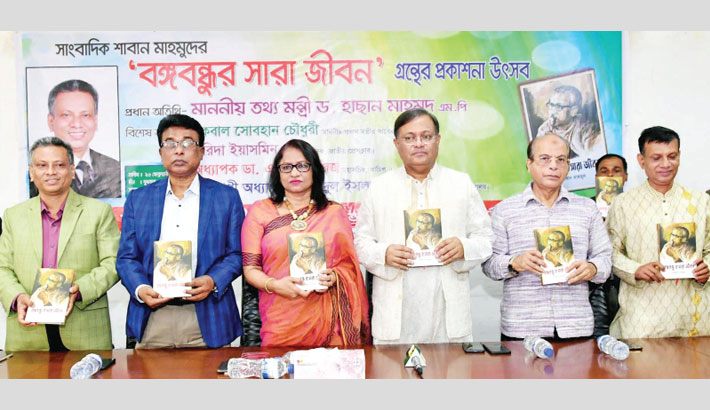 “The Awami League government of Prime Minister Sheikh Hasina won’t tolerate any kind of corruption. The ongoing drive against graft will continue,” he said.

He was addressing a programme marking the launch of a book titled ‘Bangabandhur Sara Jibon’ (The Entire Life of Bangabandhu) written by Bangladesh Federal Union of Journalists’ General Secretary Saban Mahmud at National Press Club in the capital.

Hasan, also joint general secretary of the Awami League, said there are many intruders and opportunists in the ruling party as it has been in power for three consecutive times.

The minister said Bangladesh is moving forward indomitably under the dynamic leadership of Prime Minister Sheikh Hasina to materialise the dream of Father of the Nation Bangabandhu Sheikh Mujibur Rahman.

He said Bangladesh could have progressed more if negative politics did not exist.

DUJ General Secretary Sohel Haider Chowdhury conducted the programme with publisher of the book Iqbal Hossain Shanu in the chair.