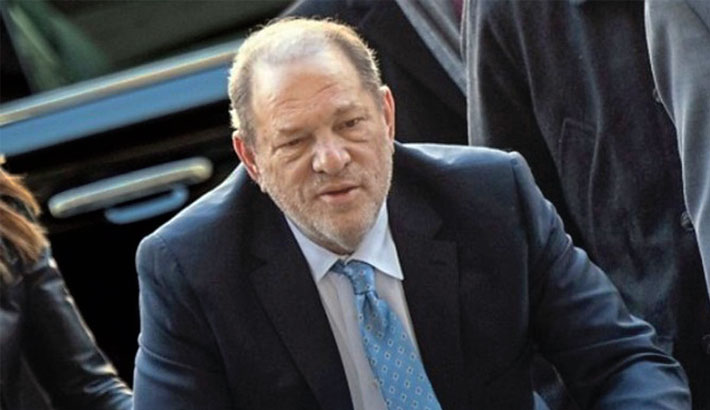 Harvey Weinstein has been found guilty of sexual assaults, including rape, capping a stunning downfall for the former Hollywood mogul and a victory for the #MeToo movement, reports BBC.

He was cleared of the most serious count of predatory sexual assault but faces up to 25 years in prison.

He still faces charges in Los Angeles of assaulting two women in 2013.

At least 80 women had accused him of sexual misconduct stretching back decades, including actresses Gwyneth Paltrow, Uma Thurman and Salma Hayek.

The allegations were at the centre of the #MeToo movement that inspired women to go public with misconduct allegations against powerful men.

The movie executive once enjoyed phenomenal success with Oscar winners such Pulp Fiction, Good Will Hunting, The King's Speech and Shakespeare in Love.

Reports say he was taken to New York's Bellevue Hospital suffering from chest pains after the verdict was announced.

He was due to be moved to prison on Riker's Island to await sentencing on March 11.