Trump says on his Delhi visit 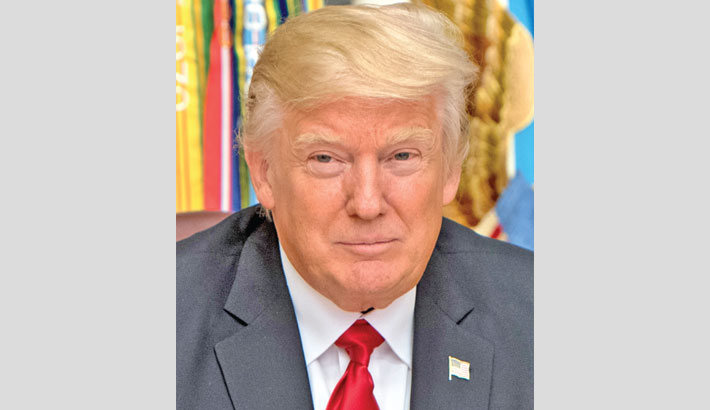 NEW DELHI:  The United States and India are poised to sign a new agreement to sell $3 billion worth of US Apache military helicopters to the Indian armed forces, US President Donald Trump said on his first-ever visit here on Monday.

US President Donald Trump and Prime Minister Narendra Modi will have a bilateral meeting today at Hyderabad House in New Delhi where the deal is expected to be inked.

President Trump announced this deal on Monday at a mammoth public gathering in the world’s biggest cricket stadium at Motera in Ahmedabad, the hometown of Modi.

Tens of thousands of people attended the gathering to see themselves the American President and listen to him.

“I believe that the United States should be India’s premier defense partner,” Trump said during his 27-minute speech at Motera Stadium.

Trump also tempered expectations for a potential trade deal during his quick, 36-hour jaunt here, saying that the two countries were now in the “early stages” of an “incredible” deal but that he was finding Modi to be a formidable opponent.

“I am optimistic that working together, the prime minister and I can reach a fantastic deal that is good and even great for both of our countries,” the US President said. “Except that he’s a very tough negotiator.”

As expected, he did not mention any Kashmir or religious freedom issue in his speech, but did mention “good relationship” with Pakistan and trying to convince them to take on Islamic terrorists.

At the same time, he added that every country has a right to protect their border.

Just before his landing in the capital from Agra a part of Delhi witnessed fierce commotion between the supporters of CAA and opponents when a police constable died in the firing.

President Trump praised what he called India’s unity, diversity and tolerance during his remarks at the “Namaste Trump” rally, returning to the theme repeatedly but making no direct mention of Prime Minister Narendra Modi’ controversial citizenship act passed in December or the abrogation of article 370 his government has imposed on Kashmir.

Trump said India’s economic rise is built on its democratic political system and diversity, a reference apparently meant to air US concerns without criticising Trump’s host, who beamed nearby.

“Your devotion built this great and enduring democracy and it is your dreams that will power this country to a future of even greater progress, prosperity, equality and opportunity for every citizen across your land,” Trump said.

He said he addressed his remarks to “every Indian, north and south, Hindu, and Muslim, Jewish and Christian, rich and poor, young and old.”

Following a 22-km road show, President Trump arrived at Sardar Patel Stadium known as Motera stadium, to the cheers of more than a 100,000 people. Roads had a festive air with cut-outs of Trump and Modi, flags of the two countries and colorful balloons.

Modi, who spoke first, began by asking the crowds to chant “long live” while he repeated “India-US friendship.”

Calling the event “historic,” Modi described the “Howdy Modi” event in Houston he had participated with Trump, five months ago.

He referred to Trump as his “friend,” and said the world’s biggest democracy welcomed him.

“The America-India relationship is no longer just another relationship, but an inclusive and exhaustive partnership,” he said to applause.

Modi said while the United States was the land of the free, India considers the world their family. He thanked Ivanka and Melania Trump and Jared Kushner, the president’s son-in-law, personally recalling his interactions with each.

Wrapping up the short speech, Modi said, “To the 1.3 billion Indians, I present to you, Donald Trump, the President of the United States of America.”

After a ride through streets lined with people, President Trump arrived at a spot of quiet place Sabarmati ashram where Mohandas Gandhi, India’s revered independence leader, lived for 13 years.

Later in the day, he visited Tajmahal along with the first lady and his daughter Ivanka.