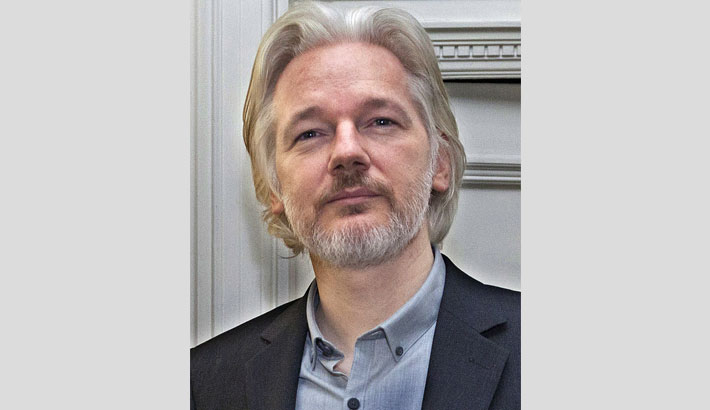 LONDON: Britain on Monday began hearing Washington’s extradition request for WikiLeaks founder Julian Assange, in a test case of media freedoms in the digital age and the limits of US justice, reports AFP.

A ruling against the 48-year-old Australian could see him jailed for 175 years if convicted on all 17 US Espionage Act charges and one count of computer hacking he faces.

The charges relate to the release in 2010 by the whistleblowing website WikiLeaks of a trove of classified US government files detailing the realities of the military campaigns in Afghanistan and Iraq.

One video from 2007 showed an Apache helicopter attack in which US soldiers gunned down two Reuters reporters and nine Iraqi civilians in broad daylight in Baghdad.

But the US extradition case is only the latest stage of a long-running legal saga that has seen Assange in some form of detention since the documents’ release.

He spent years holed up in Ecuador’s London embassy to avoid extradition to Sweden to face allegations of sexual assault—since dropped—that he and his supporters argue were politically motivated.

Protesters gathered outside Woolwich Crown Court in south-east London for the first day of the US extradition hearing on Monday, holding up banners reading “Free Assange”. His father John Shipton, who attended the hearing with Assange’s brother Gabriel Shipton, decried the “ceaseless malice” of the authorities against his son.

“We’re all here to vigorously and firmly support Julian in this 10-year long oppression and political action,” he told reporters. Assange, wearing a dark grey blazer and sweater over a white shirt and flanked by two security personnel, appeared calm inside the packed court room.