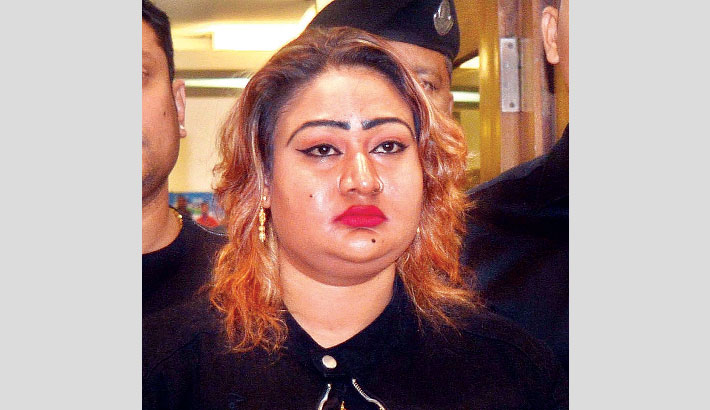 Rapid Action Battalion (RAB) has found a huge amount of wealth and properties of Shamima Nur Papya in the capital and Narsingdi, said a press release of the elite force on Sunday.

The wealth and properties include two luxurious flats in Farmgate, a luxurious car, two flats in Narsingdi town and two plots in Baghdi of Narsingdi.

Besides, she has made an investment of Tk 10 million in a car showroom ‘Car Exchange’ adjacent to FDC gate and Tk 4 million investment in KMC Car Wash and Auto Solution in Narsingdi.

In addition, she has a huge amount of money in various bank accounts.

The information gleaned from Papya helped the RAB men to recover a foreign-made pistol, two magazines, 20 bullets, five bottles of wine, Tk 58.41 lakh, five passports and 10 ATM cards from their room at Hotel Westin in Gulshan and two flats at in Farmgate on Sunday.

The force said that the accused stayed at luxurious hotels in the capital most of the time.

During preliminary investigation, the RAB found out that Papya and her husband earned a huge amount of money from illegal arms and drug trading and deceiving people in the name of giving them jobs.

They forced young girls, most of whom were from Narsingdi, to get involved in sexual acts.

They also tortured the women if they did not comply with their (couple) order.

Besides, the married couple has a criminal gang named ‘Q and C’ in the district.