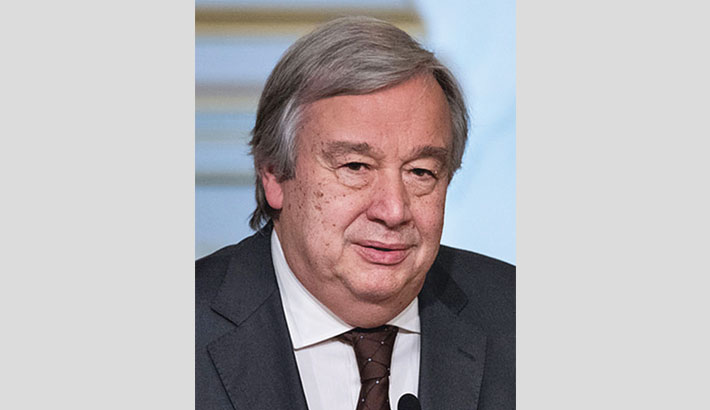 Russian air strikes in the northwestern province are bolstering a Syrian government offensive that has forced nearly one million civilians to flee -- the biggest wave of displacement of the nine-year conflict.

"This man-made humanitarian nightmare for the long-suffering people of Syria must stop. It must stop now," Guterres told reporters.

"The message is clear: There is no military solution for the Syrian crisis. The only possible solution remains political."

Guterres recalled that he had repeatedly called for an "immediate ceasefire" in Idlib, and urged all parties to avoid any escalation in the fighting.

"It is crucial to break the vicious circle of violence and suffering," he said.

Since December 1, about 900,000 people have been displaced by the fighting, including more than 500,000 children, according to the United Nations.

"An estimated 2.8 million people in northwest Syria require humanitarian assistance," Guterres said, launching an appeal for an additional $500 million in donations to help the displaced over the next six months.

"The president during the call stressed that the regime should be restrained in Idlib and that the humanitarian crisis must be stopped," the Turkish presidency said in a statement after the two leaders spoke by phone.