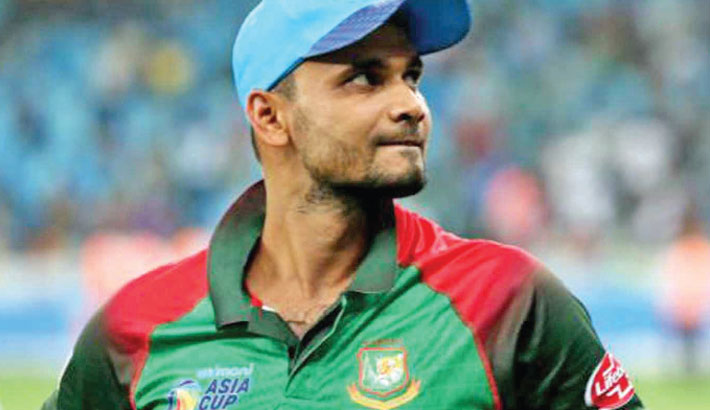 Bangladesh ODI skipper Mashrafe Mortaza told Bangladesh Cricket Board (BCB) Chief Physician Debashish Chowdhury that he is suffering from cold and fever and it is not showing any signs of reduction as he came out of an hour long meeting with BCB selectors at Sher-e-Bangla National Cricket Stadium on Saturday.

The meeting, that was that was scheduled to be held on Thursday before being cancelled in the last minute, proves that the inspirational ODI skipper is available for the upcoming home series against Zimbabwe, who are slated to play three-match ODI series against the hosts at Sylhet on March 1, March 3, and March 6 respectively.

Though, BCB President Nazmul Hasan Papon said that Mashrafe will lead the side for the last time against Zimbabwe, the skipper hardly made any public comment on the issue.

Furthermore, the cancellation of the last meeting where he was seen going away after waiting for the selectors for half-an-hour at Sher-e-Bangla National Cricket Stadium created quite a buzz in the media.

“This was no formal meeting. We have played together and now we sat together just to have a chat among us,” Mahmud told reporters trying to prove a point which suggested that it was nothing official.

Bangladesh selector Habibul Bashar echoed the same sentiment insisting that his relationship with Mashrafe is more than something which exists between a selector and a team captain.

However, BCB Chief Selector Minhajul Abedin gave a clear picture when he insisted that Mashrafe made himself available for the upcoming home series against Zimbabwe officially.

Earlier, Minhajul said that they were not aware of anything about Mashrafe though after the meeting it seemed everything is sorted out between them.

“If Mashrafe performs then he can continue beyond the Zimbabwe series and I don’t see any problem with that,” said Minhajul.

“If he can perform he is our automatic choice,” he said.

Pace bowler Saifuddin and Al Amin is expected to return in the squad which will see four senior cricketers as well namely Mashrafe, Tamim Iqbal, Mushfiqur Rahim and Mahmudullah Riyad.

“We have sent the team to BCB President and now after his approval we will make that public,” said Minhajul.