PM vows to build Bangladesh as a dignified nation 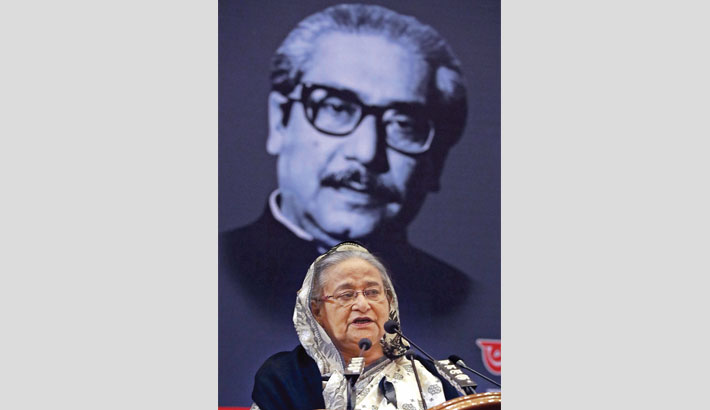 Prime Minister Sheikh Hasina on Saturday vowed to build the Bangladesh as a dignified nation with economic emancipation freeing it from hunger and poverty and ensuring tech-based knowledge, reports UNB.

“We want to build the Bangalee as a modern tech-based nation, ensuring its economic emancipation. We’ll build Bangladesh as a country free from hunger and poverty with technological knowhow for making the nation a dignified one in the world as dreamt by Father of the Nation Bangabandhu Sheikh Mujibur Rahman,” she said. 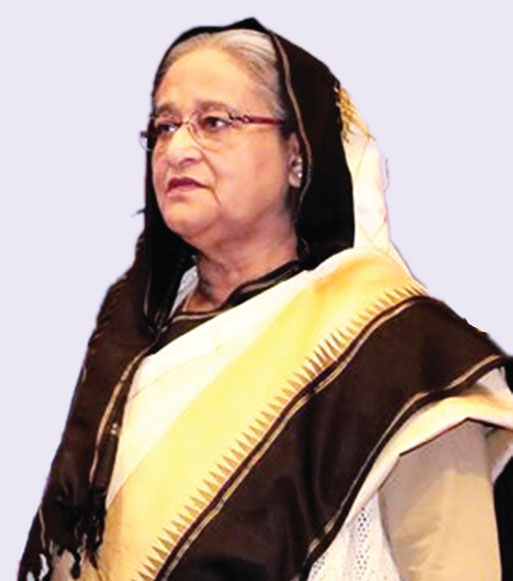 She said the government is not only advancing the country economically but it has also given importance to technology-based education.

Sheikh Hasina, also the president of Awami League, said the government has ensured the scope to use various types of modern technologies, internet services and mobile phones.

She said Bangladesh is the only country in the subcontinent which came to being based on language. “Father of the Nation Bangabandhu Sheikh Mujibur Rahman established the country.”

She mentioned that Bangabandhu started the movement to establish Bangladesh as an independent country since 1948. “The ultimate goal of that movement was to liberate this land, parting way with Pakistanis,” she said.

The Prime Minister said Bangabandhu took all of his moves very skillfully with political pragmatism.

She said the people of the country gave away their blood for the language, made supreme sacrifice for its independence. “Their sacrifice must not go in vein. We won’t allow their sacrifice go in vain…this is our commitment,” she said.

Focusing on the history of the Language Movement, Sheikh Hasina said although February 21, 1952 witnessed the tragic incident, the movement for the mother tongue began much earlier.

She said Bangabandhu was sent to jail time and gain for his role in the Language Movement. “Bangabandhu had been kept behind the bars at a stretch from 1949 to 1952,” she said.

This council had called a general strike on March 11, 1948 across the country, she said, adding that Bangabandhu was arrested while picketing in front of the Secretariat. “In the subsequent days, Bangabandhu was at the centre of all movements and struggles. For his involvement in the movements, Bangabandhu had to endure inhuman torture and persecution of the rulers,” she said.

Sheikh Hasina said it was Awami League which included the provision of making Bangla as a state language after its victory in the 1956 general election. “The Awami League government had declared February 21 as the Language Martyrs’ Day and allocated fund for constructing Shaheed Minars,” she said.

At the beginning of the programme, a one-minute silence was observed in memory of the martyrs of the Language Movement, Father of the Nation Bangabandhu Sheikh Mujibur Rahman, martyrs of August 15, 1975 and Liberation War.