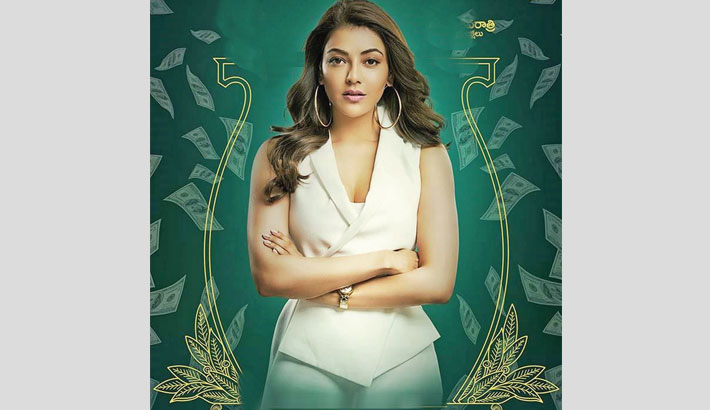 The first look of actress Kajal Aggarwal from her upcoming film Mosagallu starring Vishnu Manchu is out.

Kajal, who will be seen as the female lead in her next Tollywood film Mosagallu, took to Twitter and shared her first look from the film, reports IANS.

In the poster, Kajal looks dramatic in a white sleeveless blazer.

The film, directed by Jeffrey Gee Chin, also features Suniel Shetty in a lead role. The movie is based on a true story about the world's biggest IT scam.

Sunil will be seen playing a police officer, while Kajal and actress Ruhani Singh are in the female lead roles.

The movie will be released worldwide this summer.