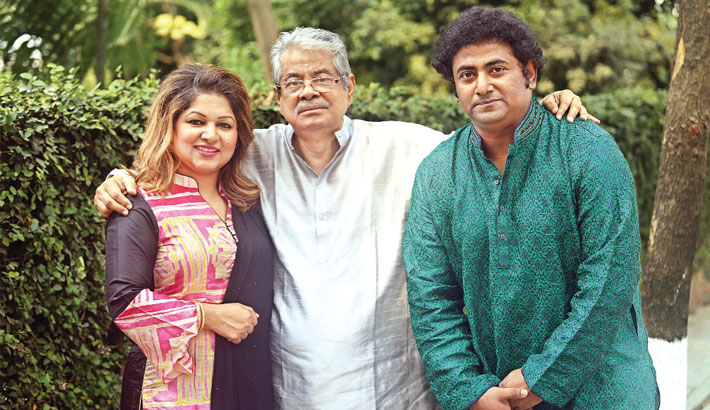 She has lent her voice to her father’s written song ‘Akasher Hate Ache Ekrash Nil’ with a new arrangement.

Popular singer-composer of this generation Yousuf Ahmed Khan has arranged the music of the song.  About the song, Dithi said, “My father’s birthday has always been so special for me.

This time I wanted to gift him some special things. Then I decided to sing his famous song ‘Akasher Hate Ache Ekrash Nil’ with new arrangement.” “Yousuf has re-arranged the song very beautifully. I hope listeners will like our work”, she added.

On the other hand, Mazharul Anwar said, “Dithi has sung the song by her own style keeping the original tune.  I am very optimistic about the song.” The song will be published on the YouTube channel of Y Beats today.