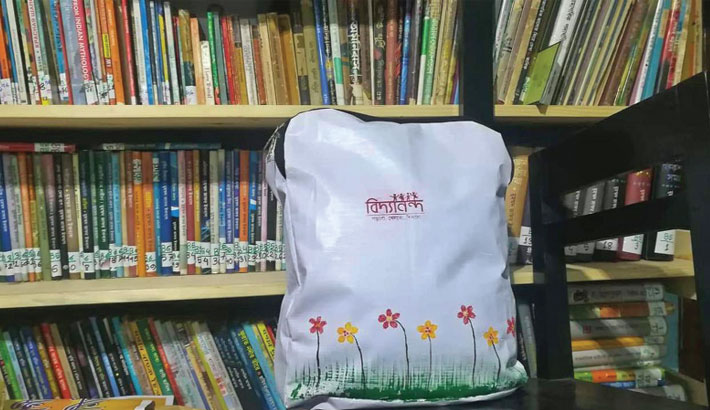 Since the beginning of campaigns for the city corporation polls, there was a public outcry regarding the environmental issue as from walkways to electric wires - almost all corners of the capital - were wrapped up with plastic laminated posters, festoons and banners of the candidates contesting in the city corporation elections. People from different quarters expressed their concern and helplessness through social media sites as they didn’t know that what would happen to such a huge quantity of laminated posters and banners once the election was over. Although, on January 22, High Court ordered immediate removal of all posters immediately after the Dhaka city polls and proper disposal of them, many candidates weren’t active in removing them even after ten days of election. The Election Commission (EC) neither took any action against the candidates for violating the electoral rule and monitored that whether the High Court order was followed or not nor provided any action plan. EC could easily take steps against the use of PVC banners. Instead both EC and Department of Environment (DOE) were playing a pillow-passing game regarding the liability of plastic laminated posters. Under such circumstances Bidyanondo Foundation, a non-profit charitable organization, has stepped forward to recycle these posters to help the underprivileged children.

A total of 749 candidates, including mayor, councilor and reserved seat councilor aspirants, have run for 170 seats in the DNCC and DSCC election 2020. According to the Environment and Social Development Organisation (ESDO), their posters created over 2,500 tonnes of waste. Plastic laminated posters which were vastly used, if not recycled, will stick around for up to 400 years. Apart from environmental and climate concerns, promotional posters also posed a threat to public safety as they had covered road signs in some places. And these posters and festoons could easily be reasons of sudden fire outbreak as these were hung on electrical poles abruptly. Most of these posters could end up at Matuail and Amin Bazar landfills but Bidyanondo Foundation thought otherwise. They decided to use these posters and banners to prepare around 1,00,000 exercise books, 300 school bags for the orphans and underprivileged students. Moreover, they had a target to make some other useful and practical items as well. They have a plan to make thousands of packaging packets to distribute goods during Ramadan and one hundred raincoats for the city rickshaw pullers out of these wastages. 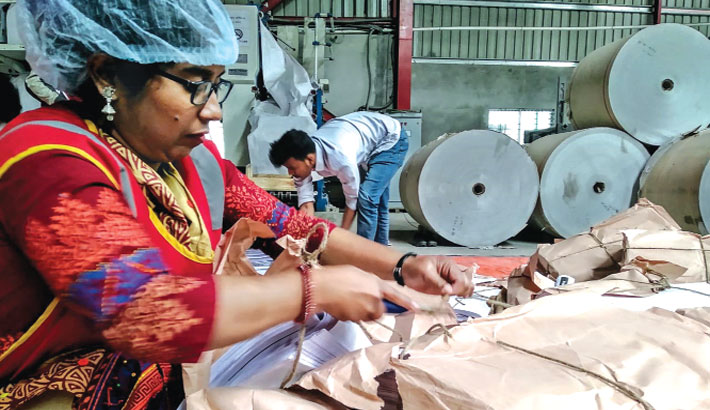 Since its inception on December 22, 2013, Bidyanondo Foundation has been conducting programmes for providing basic education to the underprivileged children in the urban areas. The foundation has several orphanages as well. Kishor Kumar Das, the founder of Bidyanondo Foundation, has come up with the idea of making exercise books from the scrap materials while he was going through piles of comments on Bidyanondo’s fakebook page regarding the election wastages and their impacts on environment. The idea crossed his mind that it would be a loss if these campaign materials are thrown away as significant amount of money was required to produce them. Besides, underprivileged children who face scarcity of exercise books could be benefited out of this. A total 2400 students from Sompriti Orphange, Megher Bari Orphanage, Parijat Orphanage, Sopnno Danga Orphanage, Diptori Orphanage, Mayakanon Orphanage and their academic schools will get these free exercise books. 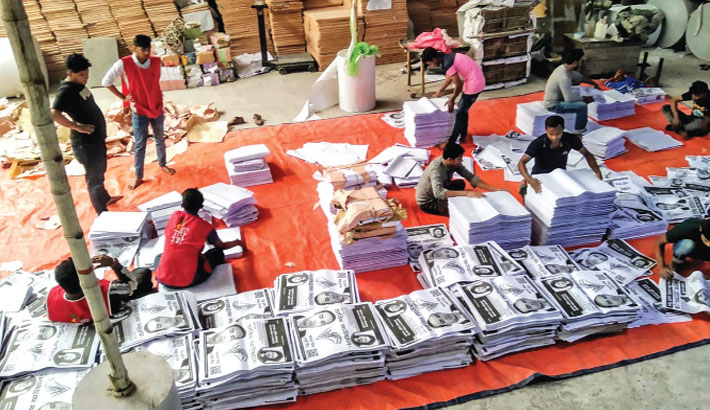 The project was impossible without the help of the volunteers. The foundation is blessed by some true and energetic souls who dedicate their time for the greater welfare of the humanity. The majority of volunteers and workers don’t take money for their services. They work with utmost enthusiasm with the aim to help the underprivileged children. Around thirty to forty volunteers are simultaneously working above eight hours a day to make this recycle mission possible. Each exercise book requires fifteen to twenty posters. Till February 6, volunteers collected 7,00,000 posters directly from the streets. They also collected used and unused posters from mayoral and councilor candidates.

Meanwhile, Bidyanondo Foundation has also financed the project. They paid around 15,000 taka per day for the rented cars which were used in collecting posters. As the whole job was difficult to be conducted by the volunteers alone, the foundation hired eleven workers for this project. They had to pay around 3,300 per day for that. However, the press will possibly charge only two to three taka for preparing each exercise book.

Kishor Kumar Das said, “Bidyanondo is not a big organization yet. We have limited space and workforce. It is out of our capacity to recycle a bulk amount of waste. But we have tried our best to set an example.” 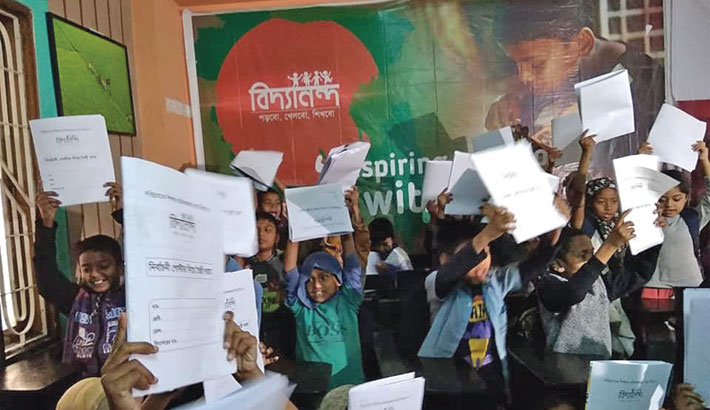 Well, if other organizations also put emphasis on recycling, we will probably have a better waste management system in our country. Bidyanondo’s book stall (Stall 77) in the ongoing Amar Ekushey Grantha Mela has been built with used bottles, polythene packets and even cell phones. People can buy books from there in exchange for unused and unexpired medicines, damaged cell phones and laptops. From the very beginning Bidyanondo Foundation has been working for environment-friendly projects and underprivileged children. Their ‘1 Taka Meal’ project for underprivileged children has earned much appreciation. They have also opened libraries in their branches which have a good number of books. Albeit their recent project has grabbed much attention, they know that it would be successful in the truest sense if other voluntary organizations also come up with similar initiative.