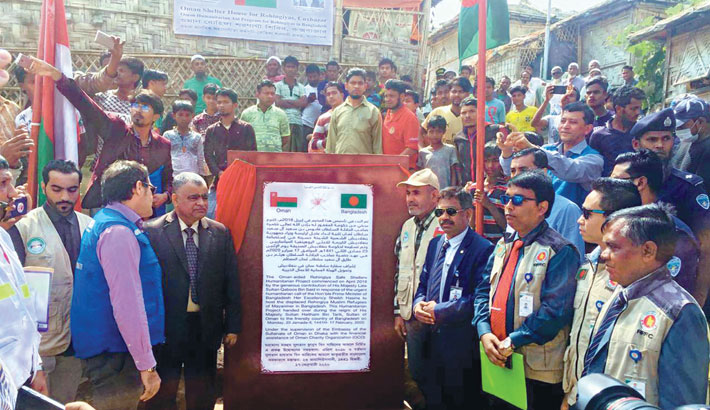 During the visit, the delegation met RRRC Md Mahbub Alam Talukder along with UNHCR country representative and UNHCR head of operation. Later, they attended the Oman-aided safe shelter project handover ceremony at Chakmarkul on Monday in the presence of RRRC and UNHCR officials and other government and NGO officials.

The sources indicated that the Oman-aided safe shelter project built by the generous contribution of late Sultan Qaboos of Oman, started in 2018 was in response to the urgent humanitarian call of Bangladesh Prime Minister Sheikh Hasina to host displaced Rohingya families who fled to Bangladesh from Myanmar.

The sources further informed that the Oman-aided Safe Shelter have been so built with minimum standard of living to accommodate some 8000 Rohingya families at Chakmarkul.