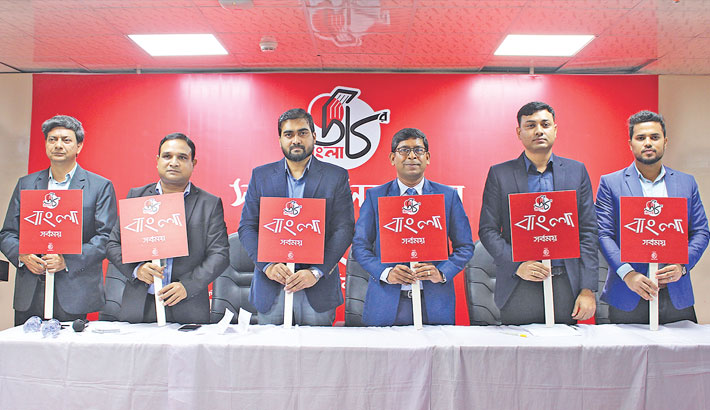 RFL Group Managing Director RN Paul launches an awareness programme at a press conference at Badda’s Premier Plaza in the capital on Tuesday.

RFL has launched an awareness campaign titled ‘Bangla in 68 years’ on the occasion of the International Mother Language Day.

The aim of the campaign is to create awareness among the people about unnecessary mixing of words of different languages with strange pronunciations and expressions into Bengali language and encourage them to speak in Bengali completely, said a press release.

RN Paul, Managing Director of RFL Group, briefed about the campaign through a press conference held at Badda’s Premier Plaza on Tuesday.

Addressing the occasion, RN Paul said, “Our achievement of mother Language is going to be stepped in 68 years but many of us are not speaking in bangla fluently for 68 seconds. Therefore, we have distorted our language through strange pronunciation and mixing of words of different language.