Waititi in talks to direct Hollywood satire with Jude Law 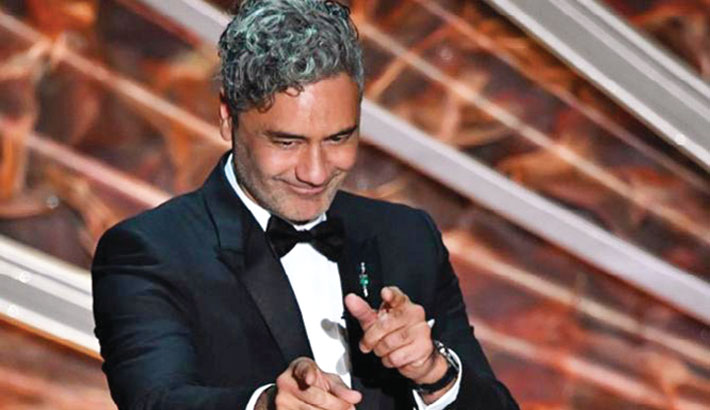 Director Taika Waititi, who won the best-adapted screenplay Oscar for his Nazi satire Jojo Rabbit, is reportedly to set co-write and direct some of the episodes of Showtime's The Auteur. Jude Law is in talks to star in series as a filmmaker on a downward spiral after making the biggest flop in Hollywood's history.

The story will be adapted from the graphic novel of the same name by James Callahan and Rick Spears, reported Variety. Peter Warren will co-write the show with Waititi. Law and Eric Gitter of Closed on Mondays are also executive producing.

According to the official synopsis of the story: "Fresh off the biggest bomb in Hollywood history, producer Nathan T Rex enters a downward spiral of drugs and depravity in a quest to resurrect his career and save his soul."

"Over budget and behind schedule on 'Presidents Day,' he is backed into a corner by bad publicity, a crap project, and studio politics. But enlisting serial-killer-turned-murder-consultant Darwin, his trusty assistant Igor, narcotics from Doctor Love, and the lovely actress Coconut, T Rex will stop at nothing in his quest for cinematic fame and glory."

Waititi is busy with several other projects post the successful run of Jojo Rabbit in cinema halls as well as in award circuits. He has finished production on Next Goal Wins, a true story about a soccer coach (Michael Fassbender) who is tasked with turning the American Samoa national team, considered one of the weakest in the world, into an elite squad.