Karan to launch Suhana, Asim in Student Of The Year 3! 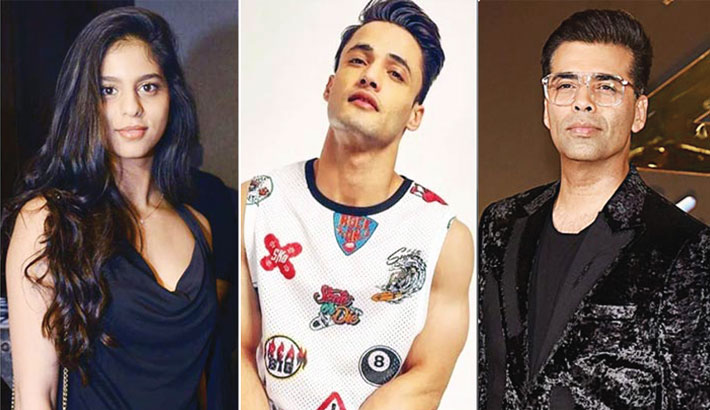 Shah Rukh Khan’s daughter Suhana Khan’s Bollywood debut has always been the talk of the town. Daddy SRK has always stated that Suhana will be completing her studies before making a debut in a film, reports IANS.

However, according to the latest reports, Karan Johar who is known to launch new actors in his films has taken up the task to introduce Suhana. Reportedly, KJo will be launching Suhana and alongside Bigg Boss 13 runner up Asim Riaz in Student Of The Year 3.

Though, Siddharth Shukla won the show, Asim has been winning hearts for his performance.

The actor has previously worked in Varun Dhawan’s 'Main Tera Hero' but in a very short role, like really short!

Well, nothing has been confirmed and all these reports are doing rounds the internet. Nor SRK, Karan or even Asim have made any statement on this piece of news!

Meanwhile, Karan launched Chunky Pandey's daughter Ananya Panday and Tara Sutaria with 'Student Of The Year 2' in 2019. The film starred Tiger Shroff as the male lead and it was released in May last year.