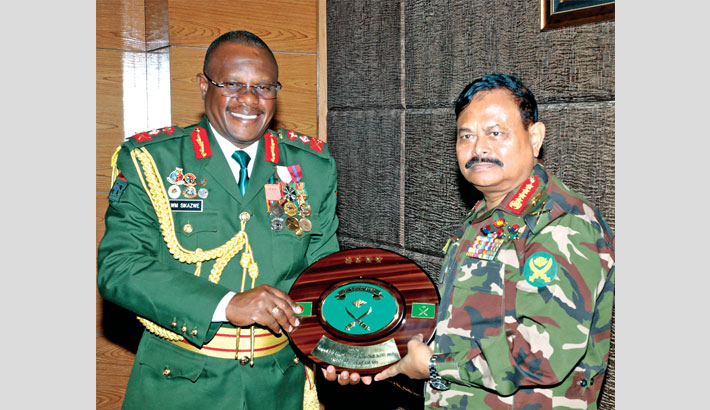 During the meeting, they discussed bilateral cooperation between the two countries including training and other supports, according to a press release issued by ISPR.

A smartly turned out contingent of Bangladesh Army presented a guard of honour to the Zambian Army commander at Sena Kunja. Later, he planted a sapling there. He also met the Prime Minister, the Chief of Naval Staff, the Chief of Air Staff, and the Principal Staff Officer (PSO) of the Armed Forces Division on Monday.