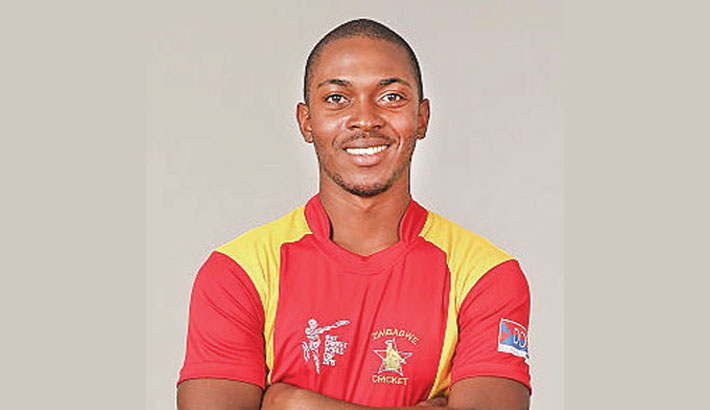 Zimbabwe wicketkeeper batsman Regis Chakabva said that Bangladesh will be looking to overturn their recent losing streak when they will be facing Zimbabwe in the one-off Test, set to start from February 22 at Sher-e-Bangla National Cricket Stadium.

Starting from the ICC Test Championship matches against India, Bangladesh’s recent performance in longer version cricket has been disappointing.

Bangladesh will be facing Zimbabwe in a full-fledge series constituting three one-days and two T20s, starting with a solitary Test.

There is a lot of pressure on the team as they could avoid one innings defeat in their last six defeats in six matches, including the Rawalpindi Test, which Bangladesh lost by an innings and 44 runs while their last victory in red ball cricket came against West Indies in 2018.

Though Zimbabwe wicketkeeper Chakabva said Bangladesh team will be ‘hungry’ to rectify the mistakes they have made in their recent longer version matches and he also referred to Zimbabwe’s recent comeback against Sri Lanka after falling behind by 1-0 margin in their two-match Test series in January where they had drawn the second.

“We obviously have a bit of confidence coming out of the Test series against Sri Lanka. We lost the first Test but we came back strongly,” Chakabva told reporters on Monday at Sher-e-Bangla National Cricket Stadium.

“We took a lot of confidence from that game. Yes Bangladesh (also) haven’t done well in their last few games but every game is important and they will be hungry to turn their luck. So I think it will be good a competition,” he added.

Zimbabwe had drawn against Bangladesh in the two-match series back in 2018, where they won the first match by 151 runs in Sylhet.

Chakava said Bangladesh announced a good squad for the Test match and they need to be on point if they have to win against such a ‘difficult side at home’.

“It is a good squad. Bangladesh have always been a competitive side. It is a strong squad,” said Chakava.

“Bangladesh is always a difficult place to play against Tigers. We just need to try and make sure that we are on point whatever we are doing and come out on top,” the wicketkeeper said.

Regarding Mahmudullah Riyad’s exclusion from the squad Chakabva said that they need to focus more on their areas of strength but admitted the game will not be as competitive, as Shakib Al Hasan will not around.

“Shakib is a big player and some of the other guys were around when we played last time. So it will be less competitive because Shakib is not around,” Chakabva concluded.