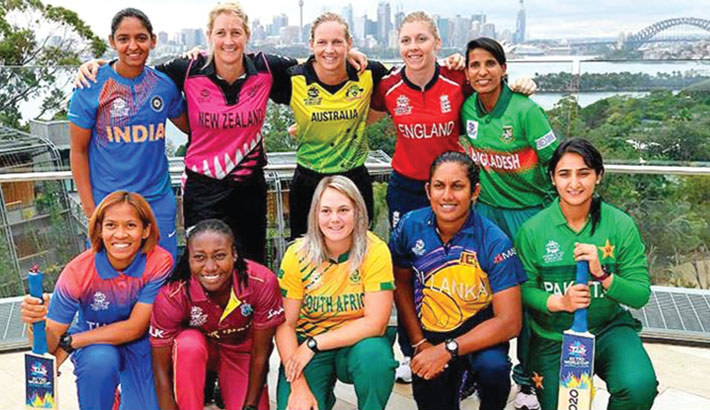 Winning the Under-19 World Cup title earlier this month has made big expectations a norm for cricket teams from Bangladesh. But coming down to the reality, the women’s team cannot be expected to be world-beaters, not just yet. They have had a barren couple of years in terms of international experience, despite the high of beating India in the 2018 Asia Cup final.

ICC Women’s T20 World Cup 2020 was officially up and running as all the ten skippers gathered for the captain’s media presser on Monday at Taronga Zoo in Sydney.

According to ICC, a world record attendance for a women’s sport fixture could be observed when the final is held on March 8 in Melbourne which is also International Women’s Day.

Bangladesh haven’t won any group stage matches since the 2014 Women’s World T20, when they beat Sri Lanka by three runs. After that, they won the ninth-place play-off against Ireland. They lost all games in the 2016 and 2018 tournaments.

Bangladesh women’s Twenty20 skipper Salma Khatun said that they are taking inspiration from the performance of the junior Tigers ahead of the World Cup.

“The Asia Cup was a great experience, but the focus is now on T20 World Cup. We want to be focusing on New Zealand and Australia. Our U-19 side won the World Cup recently and we are looking forward to replicating that success,” told Salma.

All Bangladesh teams have had this particular complaint that once they are off the boil at the highest level, it takes them months to get back into the groove. It will be the same uphill battle for the women’s team who have mostly played against Thailand, Ireland, Netherlands, USA and PNG, apart from one tour to Pakistan last year.

Domestic cricket circuit also isn’t up to the mark, so even for senior players like Salma Khatun, Rumana Ahmed, Jahanara Alam and Panna Ghosh, the World T20 in Australia could prove to be a difficult task. The only saving grace may be a longish camp in Brisbane although some of it has been affected by rain.

Bangladesh haven’t played a T20I this year, but won a women’s quadrangular tournament in India last month. There is very little form to talk about, as they have only played against Pakistan among major teams since the World T20 event. On that tour, they lost all five games, including two ODIs.

If they can be competitive against the likes of Australia, India and New Zealand, and at least beat Sri Lanka, the campaign should be a success. Given the team’s lack of recent experience against big teams, these appear to be the more realistic goals.