Saudi women smoke in public to ‘complete’ their freedom 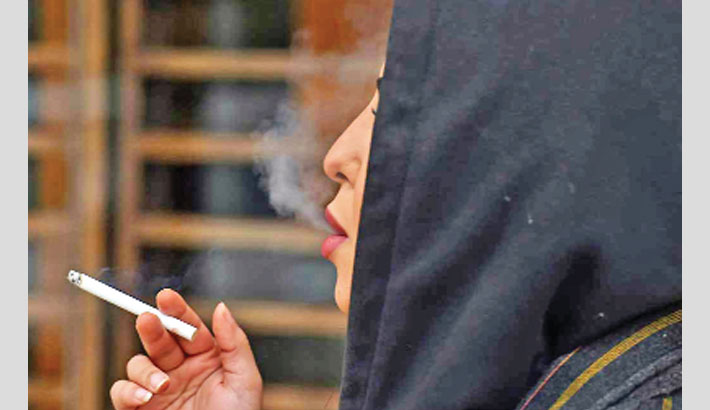 Rima settles in a chair at an upscale Riyadh cafe, looks around carefully, and seeing no one she recognises, drags on her electronic cigarette and exhales a cloud of smoke.

“I feel that smoking in public is a part of exercising my newly won freedoms. I am happy that now that I can choose,” the 27-year-old Saudi who works for a private company in the capital told AFP.

Like Western feminists of the early 20th century, in an era of social change in Saudi Arabia some women are embracing cigarettes, shisha pipes or vaping as a symbol of emancipation.

The sight of women smoking in public has become much more common in recent months, an unthinkable prospect before the introduction of sweeping reforms in the ultra-conservative kingdom.

Women are now allowed to drive, attend public sporting events and concerts, and obtain passports without the approval of a male guardian.

Rima, who started smoking two years ago, dismisses concerns about the harmful effects of tobacco, but is worried her family will find out.