Wheat farming losing charm as farmers switch to other crops 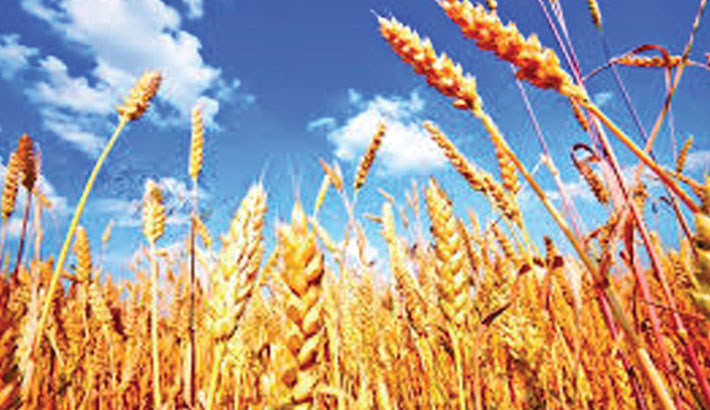 Wheat cultivation has been decreasing in the country over the last few years due to several outbreaks of wheat blast disease and comparatively lower price of wheat than other crops.

Due to the crop losses in the last five years, the country’s wheat import has increased amid an increasing demand for the cereal in local food processing sector and consumer market.

The import of cereal, considered as the second staple after rice, stood at 4.25 million tonnes in the first seven months (July-February) of FY 2019-2020, according to the food ministry data. Bangladesh imported 5.62 million tonnes of cereal in FY 2018-19.

Bangladesh Bureau of Statistics (BBS) data show that both acreage and production of wheat has been declining in the last five years.

The downward trend continued as acreage dropped to 351,000 hectares in FY 2018 with the production of 1.09 million tonnes, according to BBS data.

Wheat production from 328,000 hectares of land declined to 1.06 million tonnes in FY 2019, according to preliminary estimates of the BBS.

Till January this fiscal, farmers cultivated wheat on 337,000 hectors of land, according to DAE data.

Farmers are shifting their attention to maize farming as this crop gives them higher profits than the profit they get from wheat farming.

“Farmers are growing alternative crops after facing losses in paddy farming. They are now growing wheat, maize, vegetables and other cash crops instead of paddy.”

The wheat blast hit wheat fields in 2015 for the first time. This outbreak has discouraged the farmers in the south-western regions from wheat cultivation, resulting in a fall in the country’s wheat production, farm economists said.

Wheat farming in Bangladesh begins during the period between November and mid-January. Wheat is harvested between February and April.

Wheat mainly grows in Rangpur, Rajshahi, Khulna, Kushtia, Chuadanga, Jhenaidah and some parts of Dhaka division on a large scale where the winter season lasts for a long time.

Chandi Das Kundu, director of Field Services Wing of DAE, said they are providing all kinds of support to the farmers for cultivating wheat in the country.