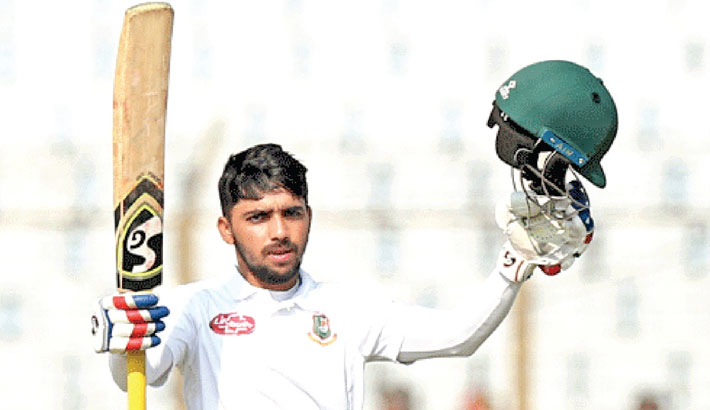 Bangladesh Test skipper Mominul Haque is looking forward to leave his mark as a leader in the longer format as he is preparing for the one-off Test series against Zimbabwe.

The left-handed batsman is keen to establish himself as the leader and insisted that long-term captaincy would have helped him grow as a leader.

“I was nervous in the first series but now I am enjoying. I didn’t understand it at first but slowly now I understand how it works,” said Mominul.

“I am learning how I should progress, plan and make it work. It’s a gradual process. I guess you learn something or the other each and every day. I am taking my time and trying to analyse where I went wrong or you can say how I could have handled that situation differently,” he said adding that though he is not worried it is better if he had a clear understanding of his tenure as a leader,” he said adding long term captaincy deal will help him plan better.

“Yes, you are right that I am not informed clearly about it (whether I am appointed on a long-term basis or series by series basis). As far as long-term planning is concerned, not just in captaincy but in any field if you are doing something with a long-term contract, then it becomes easy. You can make plans about which players want, when you will use them and team management. Everything becomes easier. But it doesn’t bother me. I am not thinking too much about whether I am given series by series or long term basis captaincy. You have to face these challenges in Bangladesh as it is a very usual practice here and you learn to take it naturally,” he said adding that until he can have success there is no point talking about his skill as a captain.

“If the team do not win or perform and you don’t get the desired result then it’s difficult to judge the quality of the leadership,” said Mominul.

“Yes, I do have a very good understanding with Russell Domingo and we sort of have the same mentality though it (our chemistry) won’t matter until we can come up with a good performance,” he said.

Mominul added that he does not feel any added pressure while batting due to his captaincy despite not being among runs since taking over as the leader.

In the last six Test innings Mominul scored 37, 7, 0, 0, 30 and 41 runs respectively but despite everything he feels it won’t take long for him to blaze with the willow,

“I don’t feel that there is any extra pressure on me due to captaincy. What I feel is that I understand the game better or you can say trying to understand it more after being entrusted to lead. You can’t judge the skills of the skipper by just one or two matches because after taking the leadership role, I played only two Test series,” said Mominul.

“I think it will get better. Now I think about many things and when I will understand these things better, my performance will get better too,” he said.

“I don’t agree with the concept that as I have been made the captain, thus there is more pressure on my batting because of the fact that batting is very simple to me. When I am batting I only see the ball coming at me from the bowler. That’s all that matters to me when I am batting. I don’t think about anything else,” he said adding that his inability to translate his starts is making him pay these days.

“I think I am getting out every time after getting set and it was the same case in both innings in Pakistan and also in one innings in India. Maybe it’s because we have not yet settled down as team. Maybe everyone is having the same sort of problem I guess,” he said.

Mominul stated that he too feels that Bangladesh are not clicking as a unit in the Test format in recent past but added he doesn’t agree that they are weak against quality pace bowlers as was the case in Pakistan and India.

“We are not performing as a team. This is not an individual sports. Cricket is a team game and we are not playing well as team. Bowling, batting or fielding wise we aren’t clicking as a team which can fetch us a good a result,” said Mominul.

“Strong teams which perform regularly, play as a team and forge huge partnerships. We are not being able to do that regularly. That’s why most of the batsmen are failing after scoring a few runs. If you are putting up a big partnership, it changes the environment of the dressing room too. Not just in batting, you also need to have partnership in bowling and fielding as well. Suppose you made a brilliant stop and someone else just followed that up with a brilliant run-out these are what are what makes the big impacts,” he said.

“When we go abroad, they make pacer friendly wickets. Not only us, it’s the same case for any team playing against India. One series should not be seen as the benchmark,” he said adding the fact that he admits that they performed poorly in Pakistan.

“Yes, we made some mistakes there. In Pakistan series, the wicket on which we batted on, we should not have lost the match in four days. We should have batted better. At least we should have drawn. Maybe we didn’t understand the situation. We couldn’t read how we should have played in certain situations,” he said.

Mominul added that he feels Tigers’ biggest challenge in the upcoming Test series against Zimbabwe lies in performing as a unit more than anything else.

“This is an opportunity. We have Pakistan series after Zimbabwe series. This is a good opportunity for everyone to play well as a team. We have to build ourselves up as team. Not focusing on personal achievements,” said Mominul.

“We bowled well against Pakistan and it indicates that our pace bowlers are improving. So, I think we should give some opportunity to pacers so that they can perform when we play in the upcoming series (against Zimbabwe) because it will also be beneficial for us when we will be playing outside home. I believe it will also help our batsmen to prepare better because we have lot of matches outside home in the coming days,” he concluded.