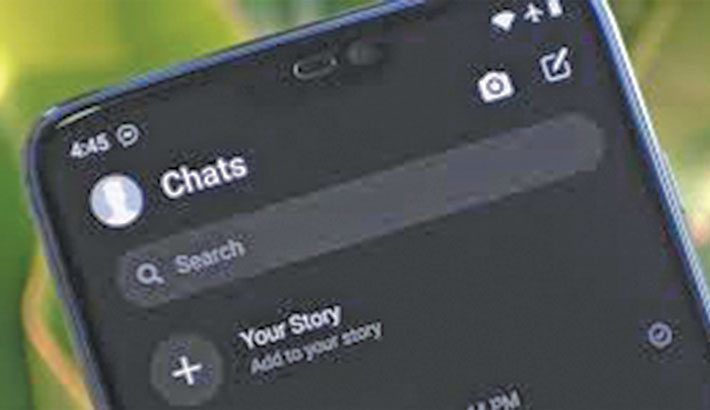 The process is very simple. First download the latest version of the Facebook Lite app on your Android smartphone. Yes, for the time being the Lite app for iPhone doesn’t support the feature. Probably it will come to the iPhone users in the days to come. For now there are no details on the same.

After downloading the application, login with your username and password. Open the app and head to the Settings menu. Scroll down to the ‘Dark Mode’ option and turn it on. As mentioned, you will be able to turn off or on the feature as and when required. After turning on the option the Facebook user interface will turn dark.

The report from Android Police suggests that Facebook started rolling out the Dark mode feature to a wider user base last month.

The WhatsApp Dark mode is currently available for Android beta users only. This means the Dark mode feature isn’t available for all WhatsApp users for the time being, but we expect the feature to be available to all users very soon, reports Indian Express.

WhatsApp Dark theme has finally been enabled in Android beta and it is probably a matter of days that it is released for everyone. This means WhatsApp users will be able to switch on a darker coloured background from within the app itself, which tends to reduce strain on eyes, especially while looking at the device screen at night time.

Even before WhatsApp introduced Dark theme for its app, it is available for a number of other apps as well, like Facebook Messenger, Twitter, and YouTube. Google unveiled a system-wide Dark Mode in the Android Q version, which sets the phone’s theme to Dark by default. But Android users who would like to switch this on in individual apps, here’s how to do it:

Do note that WhatsApp Dark theme has been released for Android beta as of now and the company has not officially confirmed when this will be available for everyone. To enable Dark theme, WhatsApp users will need to update to Android beta version 2.20.13.

Once updated, users will need to head to Settings, then open ‘Chats’. Next, click on ‘Theme’ in the Display section, which should have Light, Dark, and System Default options. For those running Android 9 or below, a Set by Battery Saver option is there as well.

Switching on to Dark theme will change the background of all sections of WhatsApp to a dark grey colour. Meanwhile, the chat bubbles will appear in dark green.

Do note that Instagram does not support Dark theme within the app itself, but it can be enabled system-wide by those running Android 10. Head to Settings and then click on Display. Once the Dark theme toggle is switched on, a system-wide Dark theme will be applied including for apps that support it.

Unlike, Instagram, Facebook Messenger does have the option of enabling Dark theme from within the app. It was introduced for every one officially in the first half of 2019. To do so, open Messenger app on your Android smartphone and click on your profile pic icon on the top left. Switch on the theme by moving the toggle button.

There’s an option to enable Dark theme on YouTube Android app in the Settings menu. Just click on the profile pic icon on the top right to open the Settings window. Next, tap on “General” and then “Appearance” from where users can choose the “Dark theme” option. In addition to Dark theme, there are also other options available as well, including “Use device theme”, “Light theme”. The theme of the YouTube app will be set to default the theme which is switched on for the device for those who choose “Use device theme”.

Twitter for Android supports Dark mode as well and the feature can be found within the “Settings and privacy” tab. Open the Twitter app and tap on the profile icon in the top menu. Next, click on “Settings and privacy” and then “Display and sound” tab. Users should see the Dark mode toggle, which can be turned on to set this theme for the app. Further, users can choose from “Dim” or “Lights out” options as well.