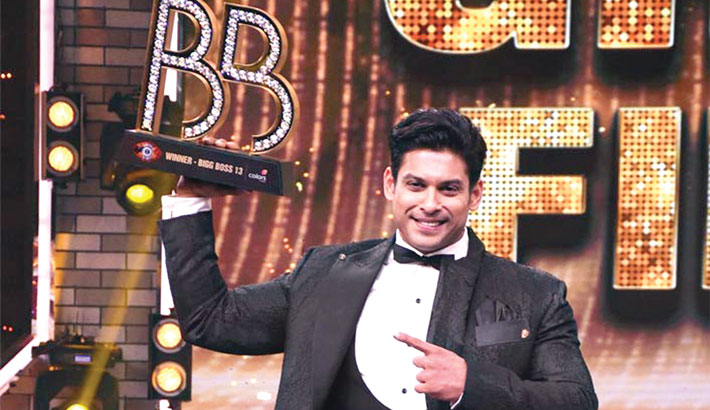 TV actor Sidharth Shukla has emerged as the winner of Bigg Boss 13. Sidharth has been one of the strongest contenders for the trophy and he also won most online polls run ahead of the finale. Hindustan Times readers had also declared him the winner on the HT Poll, reports Hindustan Times.

Sidharth, who is best known for his performances on TV shows Balika Vadhu, Dil Se Dil Tak and Badrinath Ki Dulhaniya, was also arguably the most controversial contestant this year on the show. Talking about him on the show, his mom had said that he has been a confident boy since childhood.

After Paras quit the game taking the bag full of money, Arti was evicted. Rashami was the next to be voted out of the show. Shehnaaz became the second runner-up with Rashami’s eviction.

On the finale episode, Sidharth performed with Asim Riaz, Shehnaaz Gill and Rashami Desai. With Asim, he had an act that showcased their rivalry, performing to Ghamand Kar from Ajay Devgn’s Tanhaji The Unsung Warrior. With Rashami, he traced the love-hate relationship where they danced to the sensuous song Ang Laga Le and had their infamous chai fight in between. Shehnaaz and Sidharth performed in traditional Punjabi attire.

During his stint inside the house, Sidharth began with a close bond with Asim but it turned to an ugly animosity with the two contestants even abusing each other’s families and hitting each other. Sidharth was often blamed to initiate the physical fights.

With Rashami, too, Sidharth shared a love-hate relationship. They kept wavering between friendship, flirting and plain hostility. They also had ugly verbal fights during the entire season. At times, even Salman had to intervene.

Salman began the episode with a montage of visuals from his own appearance on the show this year. He then danced to some of his own hit songs.