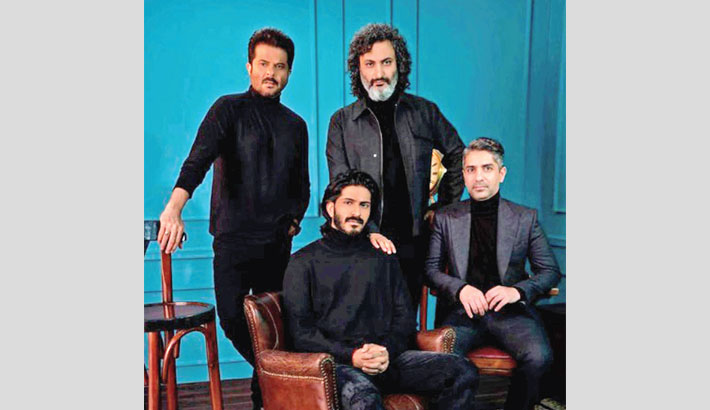 Anil Kapoor, who would be seen playing the role of Bindra’s father in the film, took to Twitter to make the announcement. The real life father-son duo will be sharing screen space for the first time. The Beginning, Anil Kapoor wrote alongside a picture with him, Harshvardhan Kapoor and Bindra. The movie is being adapted from Bindra’s autobiography -- A Shot at History: My Obsessive Journey to Olympic Gold and Beyond.

“Beginnings are very special. Especially when you get to play a character that has made the nation proud on the world stage. “I am stoked to have been chosen to play #AbhinavBindra and hopefully will do justice to the man, the legend! Like the man himself said, ‘Hard Work is a talent.’ #LetsDoThis,” the actor captioned his picture with Bindra.