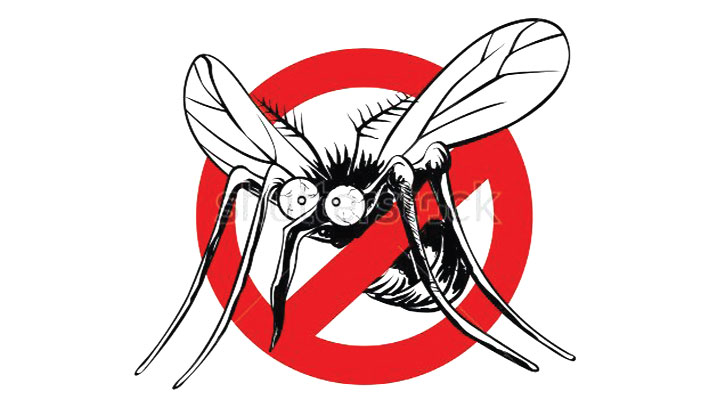 The mosquito menace has set in with weather getting less cold after the exit of winter, bringing back the fears of dengue fever among the residents of Dhaka, reports bdnews24.com.

The hospitalisation of patients during this winter proved the expert opinion true that the Aedes mosquito-borne disease is becoming a trouble that the citizens will have to endure throughout the year.

People infected with dengue had been rare during the December-January period, but this time in January, presence of Aedes mosquito was noticeable along with a fivefold rise in admittance of dengue patients by the hospitals year-on-year.

Winter cold started to recede in the beginning of February while mosquito bites rose along with the mercury.

Citizens say mosquito bites begin just before evening after sparse attacks during daylight. They blame a lack of mosquito-repelling efforts by the city corporations for the menace.

“Mosquito bites dropped after the authorities sprayed repellents last year following so many reports on dengue. But I didn’t see the efforts to follow up on those after some more days,” complained Selina Ahmed, a Sabujbagh housewife.  “Now mosquito attacks have risen. It’s difficult to cope up with mosquito bites after sunset,” she said.

Mizanur Rahman, a grocer of the same neighbourhood, made a similar complaint.

“You simply can’t stand at my shop in the evening,” he said. At Uttara, the level of mosquito trouble is lower in the sectors than that in the adjacent areas.

In the words of Hasan Ali, who resides near Azampur kitchen market ‘mosquitos will writhe over your head if you stand in the area in the afternoon”.

“Mosquitos will attack you even while walking,” he said. The reporter found truth in his comments while standing at Airport Bus Station on Tuesday afternoon.

Two young men who sell bus tickets there were making a smoke by burning newspapers to keep mosquitos away.

“It is impossible to make someone understand how many mosquitos are here with only words. Keep a man here for an hour, mosquitos will bite him to death,” said one of them, Shah Alam.

The presence of Aedes mosquito larvae was much higher, more than double in most cases, than the expected level in all the areas of the city in January, according to a survey.  The Jahangirnagar University’s zoology department conducted the survey under an education ministry-financed project titled Dengue Surveillance and Prediction. It will continue for two years.