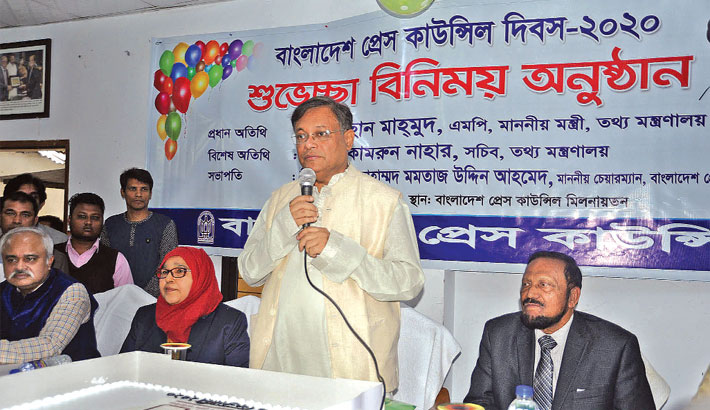 Information Minister Dr Hasan Mahmud on Friday said the freedom of media is needed to build an equity-based society in the country, reports UNB.

Hasan said the media grew exponentially over the last 11 years and is facing many challenges. “Fake news creates chaos in society and journalists should be careful in this regard,” the minister said.

He called upon BPC members to prepare a work plan to bring discipline in media and ensure objective journalism.

“Yellow journalism should be avoided for the sake of the society,” she said.

Editor of The Daily Observer Iqbal Sobhan Chowdhury said a database of journalists will be made to bring discipline in media. Education will also be emphasised here.

“We need honesty and morality in profession. Database of journalists across the country will be made soon. The rules of BPC should be strengthened for freedom of media,” he said.

Chairman of BPC Justice Md Mamtaz Uddin Ahmed presided over the function while editor of Bangladesh Protidin Naem Nizam was present in the event, among others.