A Frayed City On Canvas 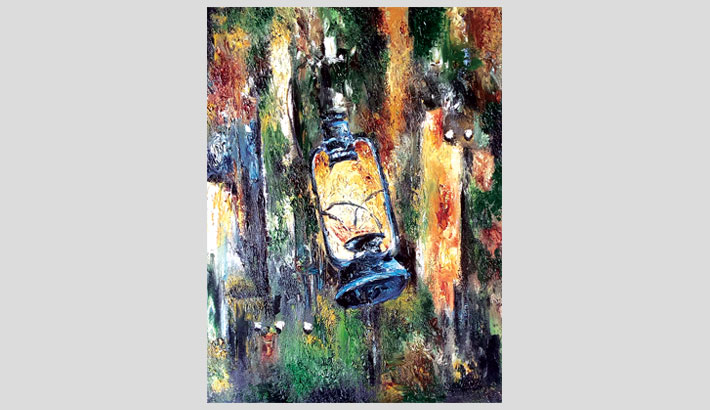 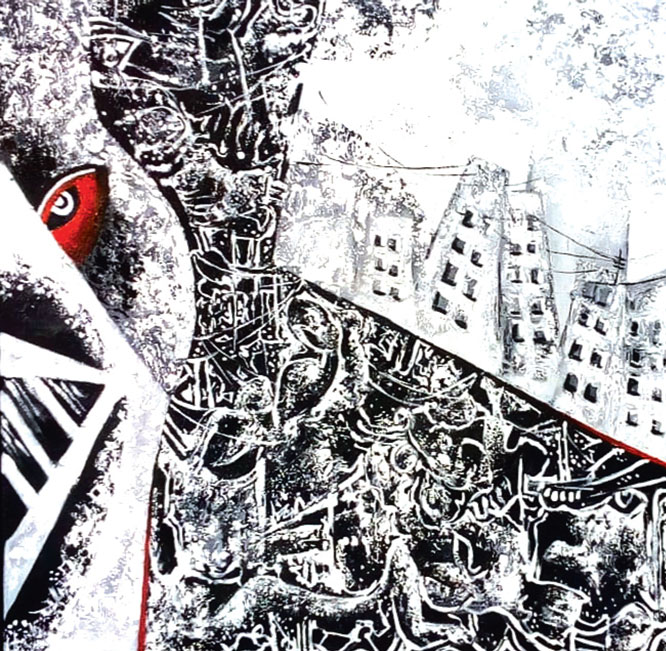 Total 43 artworks portraying themes such as urban women, urbanization, intolerance and rapid virtual happenings in life in this city are on display at the exhibition. For instance – his painting ‘Blue Women’ portrays three female figures clad in saris 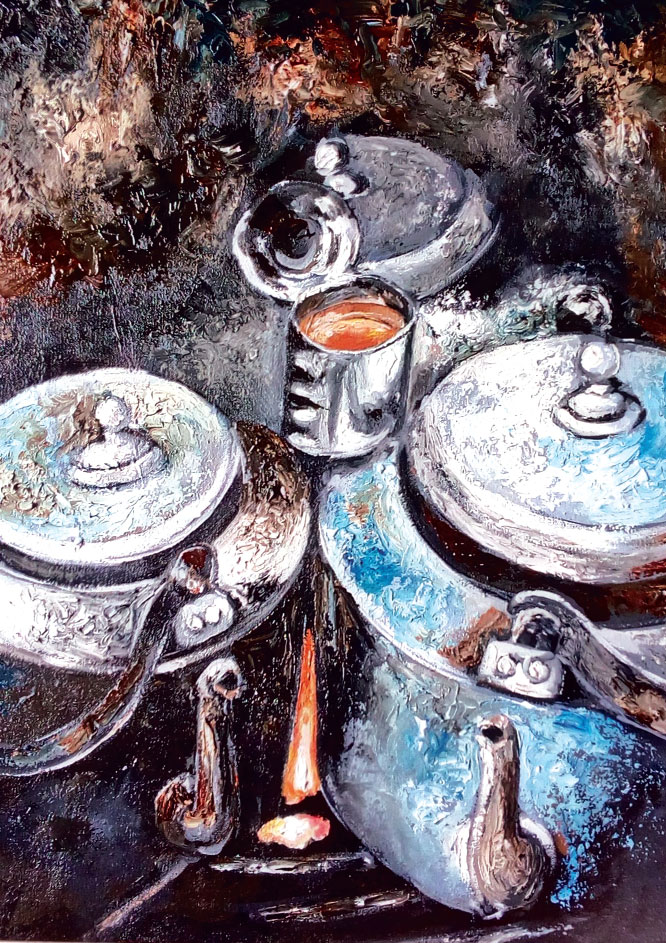 whereas the artist employs ‘blue’ as their skin colour with a view to embodying the sorrows and sufferings urban women go through.

Born in 1969, Titu completed his MA in Bangla from the University of Dhaka. As a modern painter, Abu Saleh Titu depicts his subject in various experimental forms, likes to break and reconstructs the figure and also enjoys playing with colors. The artist mainly uses oil and acrylic with brush, spatula and small knives. He often strives to reflect modern art movement in his artworks by dint of his chaotic compositions.

“I want to depict the sorrows and sufferings of mass people living in the capital through my paintings. My artworks also focus on sudden social changes such as massive urbanization, population influx and pollution,” said Titu about his artworks.