It is Important to Report Responsibly about Coronavirus 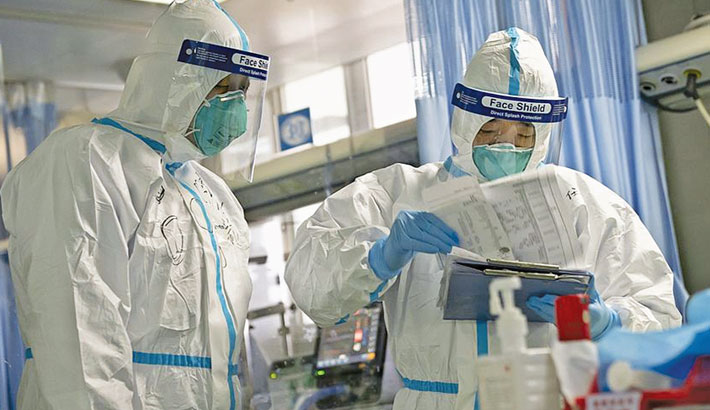 The coronavirus outbreak in central China's Wuhan, Hubei Province, has become one of the world's leading stories over the past week after tens of millions of people were asked to remain in the city and neighbouring ones to prevent further spread of the virus.

Other measures have also been introduced such as banning wildlife trade nationwide temporarily, extending the Lunar New Year holiday, screening travellers at major transport centres, and expediting the construction of new hospitals in Wuhan.

Chinese President Xi Jinping also directly addressed the issue in widely reported remarks, while Chinese Premier Li Keqiang went to Hubei Province to supervise the containment efforts firsthand. China has been very transparent in its response to the viral outbreak, and the world is regularly updated on the latest developments via official statements and domestic media reports.

This response has proven to be effective in reassuring the global public and has pioneered a model for other countries to follow in similar situations.

Regrettably, some media outlets have been behaving irresponsibly when reporting on this story.

The South China Morning Post, for example, published a piece on January 25 "Coronavirus response highlights flaws in the way China's bureaucracy handles a crisis," which is clearly intended to discredit the central government's efforts to contain the outbreak. Asia Times went even further and released an article "'(The) Chinese Dream' turns into Wuhan virus nightmare," which also propagates a political narrative.

The politicization of this strictly apolitical problem speaks to the intent of some forces to take advantage of the situation to advance their own interests, exploiting people's anxiety about latest events in order to impress upon them the notion that China has reacted irresponsibly to this outbreak when it's actually their own reporting that's irresponsible.

Instead of just sharing the facts as they objectively exist, they and others have taken to liberally interpreting them according to biased prisms that aim to advance political goals.

This approach is in sharp contrast to the one taken by other media outlets such as Reuters and BBC. Both companies have generally stuck to reporting the facts in most instances, with the Reuter's first report on the outbreak "Factbox: The virus that wears a crown – New China virus is part of coronavirus family" while BBC released an info-graphic in an article "China coronavirus: A visual guide."

These examples show the responsible way to report on a health crisis, which is to share the facts without political speculation.

On the topic of speculation, it should be pointed out that social media has a tendency to feed into people's worst fears through the proliferation of unverified pictures and footage, which are sometimes taken out of context and subsequently misrepresented as having something to do with the given situation even when they really don't.

This was on full display when the video of a Chinese blogger eating a bat in the Pacific island nation of Palau a few years ago was presented to foreign audience as being from Wuhan.

The blogger has since released a statement clarifying what happened and informing everyone that she wasn't aware of the dangers of eating such an exotic meal. But the damage was already done since many across the world who initially saw the misreported footage on social media remain unaware of the facts.

Instead, they're left with the false impression that a popular Chinese blogger was supposedly showing off what they believed was the Wuhan locals' love of eating bats.

Whether through the publication of political speculation disguised as journalism or the sharing of unverified pictures and footage that are then falsely misrepresented as having something to do with the current outbreak, irresponsible reporting about the coronavirus contributes to global panic and is a wrong approach for anyone to take.

Instead, the right way to handle this issue is to simply report the facts as they objectively exist and emphasize the authorities' effective containment efforts. Anything else likely has an agenda behind it.

The writer is a Moscow-based American political analyst. The article, first appeared in www.cgtn.com, has been republished under special arrangement.