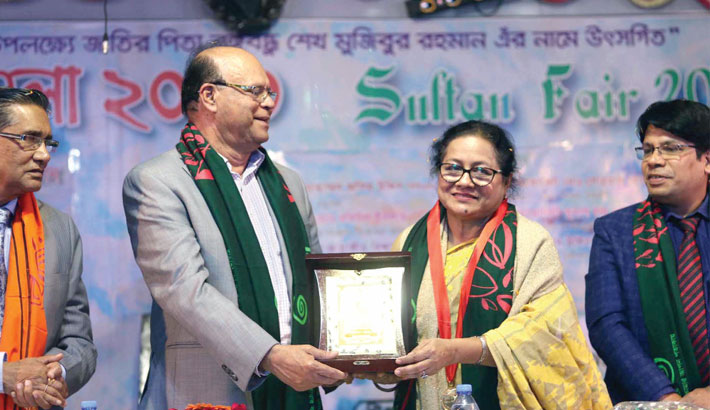 State Minister for Local Government, Rural Development and Co-operatives Swapan Bhattacharjee handed over the award to Dr Zaman as chief guest at a event held at Sultan Mancha of Narail on Monday.

Lawmakers from Narail Md Kabirul Haque and Mashrafe Bin Mortaza were present as guests of honour at the award ceremony.

Sultan Swarna Padak is an annual award given by the Bangladesh Shilpakala Academy on the birth anniversary of the legendary Bangladeshi artist SM Sultan. Monday was the 96th birthday of the Sultan.

Dr Farida Zaman is honorary Professor of Fine Arts, Dhaka University (DU). She graduated from the same department in 1974 with a Bachelor of Fine Arts degree. She received her Master's in Fine Arts in 1978 from Maharaja Sayajirao University of Baroda, India. Dr Zaman received her doctoral degree in 1995 from Visva-Bharati University in Santiniketan, West Bengal.

In a career spanning five decades, Dr Zaman has displayed her artworks in eight solo exhibitions - held in both Bangladesh and abroad. She has also exhibited her art works in more than 100 group exhibitions. She has participated in art workshops in Delhi, Mumbai, Hyderabad, Kolkata, Baroda, London,New York, Hong Kong, Beijing, Seoul and Fukuoka besides other places around the world.