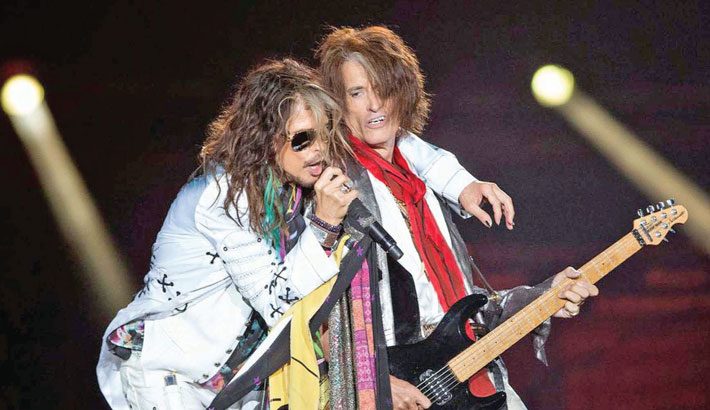 Actor Johnny Depp and musician Alice Cooper joined Aerosmith on Friday at a gala dinner and performance in Los Angeles to celebrate the band’s 50-year career as one of the best-selling American hard rock bands of all times, report agencies.

Cooper and Depp – who play with Aerosmith guitarist Joe Perry in rock supergroup Hollywood Vampires – were among more than a dozen artists including the Foo Fighters, Sammy Hagar and John Legend who sang the band’s biggest hits as it was named the MusiCares person of the year.

Organised by the Recording Academy, the annual MusiCares event raised some 6 million dollars on Friday for health services to members of the music industry.

Hosted by British comedian Russell Brand, the night was marked by jokes about the band’s drug-fueled past and the advancing age of frontman Steven Tyler, Perry, and guitarists Brad Whitford and Tom Hamilton.

“It’s a miracle he’s still alive!” Brand said of Tyler, 71, calling him the “the sexiest septuagenarian in history.”

Aerosmith, formed in 1970 in Boston, rose to fame when the band broke through as America’s answer to the Rolling Stones with its fusion of hard rock and blues.

Tyler and Perry quickly earned the nickname “the Toxic Twins” due to their heavy use of drugs, a moniker cemented later in the band’s career by their numerous feuds and multiple trips to rehab.

Internal conflicts boiled over in 2009 after Tyler fell off the stage and his band mates threatened to hire a new singer to replace him.