Rupee falls by 7 paise against dollar 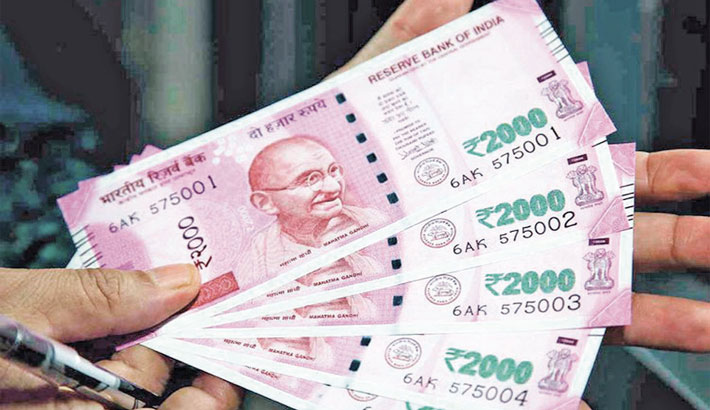 NEW DELHI: The rupee depreciated by 7 paise to close at 71.33 against the US dollar on Friday due to dollar demand from importers amid a correction in crude oil prices following outbreak of coronavirus in China. Gains in the US dollar against the world currencies also weighed on the rupee sentiment.

At the Interbank foreign exchange market, the domestic currency opened weak at 71.34 against the previous close of 71.26. The unit recovered to a high of 71.22 later after a rally in domestic stocks, but it erased gains due to dollar demand from importers, report agencies.

The Indian currency finally settled at 71.33, registering a loss of 7 paise over the previous close.

“USD/INR has been trading in a very border range for 71.00 - 71.50 this entire week. Lower oil prices has offset month-end dollar demand which has kept USDINR in tight range.

“Going forward, next week FOMC meeting and India’s union budget will keep rupee on an edge. Also a major development on China coronavirus can be a spoilsport. Overall for next week, USD/INR is expected to trade in a range which crucial supports placed at 71.05 and 71.60 can act as a major resistances,” Rahul Gupta, Head of Research - Currency, Emkay Global Financial Services said.

According to reports, the coronavirus from China has already claimed 18 lives and infected hundreds of other people.

However, the World Health Organisation designated coronavirus infection an emergency for China, but not yet for the rest of the world.

“Oil prices declined amid reports that the outlook for energy demand might remain muted following the outbreak of the coronavirus in China,” Paras Bothra, President of Equity Research, Ashika Stock Broking commented.

Meanwhile, the dollar index, which gauges the greenback’s strength against a basket of six currencies, fell 0.18 per cent to 97.86.

The 10-year Indian government bond yield was at 6.58 per cent.