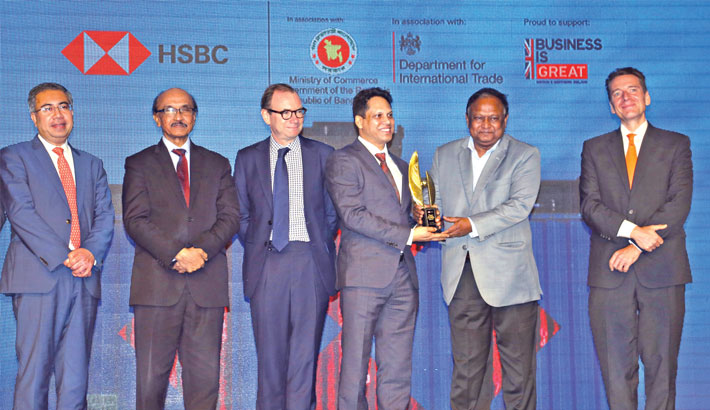 The Bangladeshi multinational electronics brand Walton has been honoured with ‘HSBC Business Excellence Award’ as the recognition of its remarkable contribution to the boost of import substitutes manufacturing industry in Bangladesh.

To honour the successful entrepreneurs and organisations for their significant contribution to the country’s growth, the Hang Kong and Shang Hai Banking Corporation (HSBC) gave its ‘1st Business Excellence Award’ to a total of 8 enterprises different categories at an award giving ceremony at the Ball Room of Radisson Blu Hotel in the capital recently, said a press release.

Among the company’s of manufacturing and marketing over US$ 10 million worth import substitute goods, Walton Group received the award under Under the ‘Best in Import Substitution’ category.