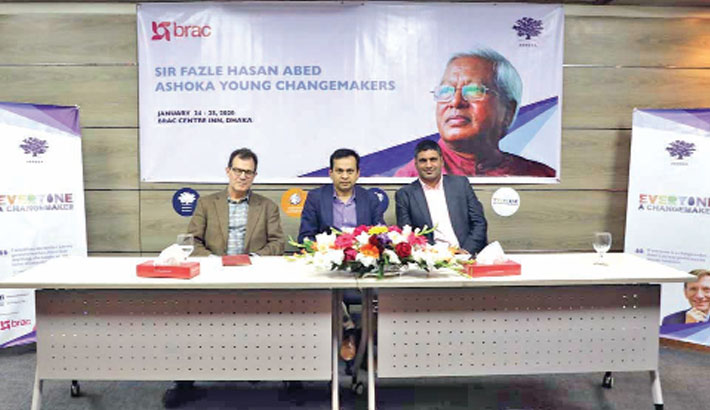 Guests at the launching ceremony of Young Changemakers Program at the BRAC Centre in the capital on Saturday. - SUN photo

Ashoka launched the program on January 24-25 at the BRAC Centre in Dhaka in partnership with BRAC in memory of late Sir Fazle Hasan Abed, who was instrumental in bringing Ashoka to Bangladesh.

This was part of the launch of Ashoka’s ‘Everyone a Changemaker’ (EACH) framework and Bangladesh is the fifth country out of Ashoka’s over 90 country network to unveil the movement after countries like the USA, Brazil, Indonesia and India.

The Young Changemakers Program focuses on the role of young people as influencers and co-leaders. A high-power jury panel hand-picked these dynamic young changemakers, whose social initiatives in the fields of women and children’s rights, hygiene, drug abuse, climate change, etc. have not only generated awareness but also improved the community and livelihoods of people around them.