What Does ICJ Interim Order Mean for Myanmar? 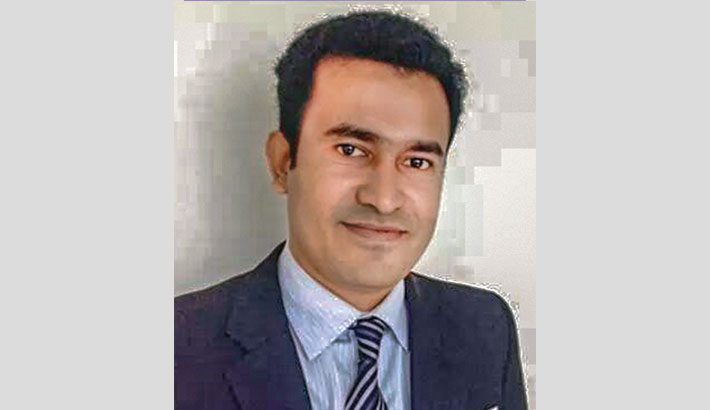 The ICJ is the principal judicial organ of the United Nations and is commonly known as the world court. It settles legal disputes submitted by States and gives advisory opinions on legal questions referred by UN entities. In a landmark verdict as interim order, the United Nation’s highest court ruled on January 23, 2020 that it has the authority to consider a genocide case against Myanmar and ordered the country to prevent genocide from being committed against its Rohingya Muslim minority.

In a unanimously-ruled order issued by a panel of 17 judges, the court upheld the provisions of the 1948 Genocide Convention - saying Myanmar had “caused irreparable damage to the rights of the Rohingya”. In its application to the court, the Gambia requested six provisional measures requiring Myanmar to act “with immediate effect” to prevent further genocide of the Rohingya group and to take steps not to destroy or render inaccessible any evidence already described in the application.

Emerging from the end of World War II, the legal concept of genocide became internationally recognised and codified in the Genocide Convention in 1948. Both Myanmar and The Gambia, along with 150 other countries, are parties to this Convention and bound by its terms. The prohibition against genocide and the duty to prevent and punish genocide are in fact generally binding on all States, regardless of their participation in the Convention, as they have become accepted as principles of customary international law.In the Court’s view, the Rohingya in Myanmar appear to constitute a protected group within the meaning of Article II of the Genocide Convention.

Myanmar has been ordered by the United Nations’ highest court to prevent genocidal violence against its Rohingya Muslim minority and preserve any evidence of past crimes. In a momentous and unanimous decision, the international court of justice (ICJ) in The Hague imposed emergency “provisional measures” on the country intervening in its domestic affairs by instructing the government of Aung San Suu Kyi to respect the requirements of the 1948 genocide convention. The Courtis of  the  opinion in the order  that  the  Rohingya  in  Myanmar  remain  extremely  vulnerable.

The ICJ expounded explicitly about the necessity of provisional measures and the court ruled out that “In its view,  all  the  facts  and circumstances mentioned  above  are  sufficient  to  conclude  that  the  rights  claimed  by  The Gambia and for which it is seeking protection namely the right of the Rohingya group in Myanmar and of  its  members  to  be  protected  from  acts  of  genocide  and  related  prohibited  acts mentioned  in Article III, and the right of The Gambia to seek compliance by Myanmar with its obligations not to commit, and to prevent and punish genocide in accordance with the Convention are plausible.”

In this order the ICJ spelt out about the genocide in Myanmar towards Rohingya specifically and set out the reasons of determining it as genocide. The court strongly states that “bearing  in  mind  Myanmar’s  duty  to  comply  with  its  obligations  under  the  Genocide Convention, the Court considers that, with regard to the situation described above, Myanmar must, in  accordance  with  its  obligations  under  the  Convention,  in  relation  to  the  members  of  the Rohingya group in its territory, take all measures within its power to prevent the commission of all acts  within  the  scope  of  Article II  of  the  Convention,  in  particular: (a) killing  members  of  the group; (b) causing  serious  bodily  or  mental  harm  to  the  members  of  the  group; (c) deliberately inflicting on the group conditions of life calculated to bring about its physical destruction in whole or in part; and (d) imposing measures intended to prevent births within the group.”

The ICJ finally postulated about its decision as provisional measures on genocide case that “the Court is of the view that Myanmar must take effective measures to prevent the destruction  and  ensure  the  preservation  of  any  evidence  related  to  allegations  of  acts  within  the scope of Article II of the Genocide Convention. Finally, the Court considers that Myanmar must submit a report to it on all measures taken to give effect to this Order within four months, as from the date of this Order, and thereafter every six months, until a final decision on the case is rendered by the Court.”

In this interim order the ICJ accepted the Rohingya as the citizen of Myanmar and the word Rohingya got international recognition. Another great achievement is that the court outcry refused the defense of Myanmar about the maintainability of the case by the Gambia. In the order the court clearly stated about the genocide and inhuman torture to the Rohingya People which is admitted by the Myanmar as war crime by the military forces by a recent fact finding report. The court relied on the evidence and report of UN Fact Finding Commission and marked the crime is genocide. In the whole order the court referred several times about the application of the Genocide Convention 1948 regarding this case.

The order is the first step in a legal process that is likely to take years, did not make a final determination on whether Myanmar, which is led by Nobel Peace laureate Aung San Suu Kyi, could be found responsible for genocide, which is among the worst crimes under international law. Those charges have been resoundingly rejected by Myanmar authorities, who have maintained that they were responding to an insurgency by Rohingya Muslim radicals and did not have any premeditated intention against the group.

Under article 41(2) of the ICJ Statute, the orders now are automatically sent to the UN Security Council, where Myanmar’s response will be assessed. Such an order will increase pressure on the council to take concrete action on Myanmar, including through a binding resolution to address some of the indicators of genocidal intent outlined in the comprehensive 2018 report of the international fact-finding mission. Thus far, the Security Council has not taken significant action on Myanmar, in part because of Russia and China’s apparent willingness to use their vetoes to shield Myanmar’s government and military. UN Secretary General António Guterres has welcomed the court decision. He expects Myanmar will duly comply with the Order from the Court.

The ICJ’s orders are binding on Myanmar and create legal obligations that must be enforced. The provisional measures imposed by the court require the government to prevent genocidal acts, ensure military and police forces do not commit genocide, preserve evidence of genocidal acts and report back on its compliance within four months. Experts in international justice commented about the court’s ruling that Gambia did indeed have a case against Myanmar set a strong precedent. The decision at the United Nations’ highest court also acknowledged that Rohingya Muslims constitute a vulnerable group that is in need of protection.The ruling also sends a strong signal of hope to the more than 700,000 Rohingya Muslims who have lived in squalid refugee camps in Bangladesh since August 2017; they fled Myanmar amid accounts of rape, indiscriminate killing and torture. In addition, hundreds of thousands of Rohingyas remained in Myanmar without citizenship rights or freedom of movement.

The ICJ’s rulings are final and without appeal, but it has no way of enforcing them. Still, a ruling against Myanmar could hurt its international reputation and set legal precedent. The court has handed down a final judgment in one previous genocide case, in which Bosnia accused neighbouring Serbia of masterminding genocide of Bosnian Muslims during the 1992-95 war. In 2007, the ICJ ruled that genocide had been committed during the 1995 massacre of some 8,000 Muslim men and boys in the Bosnian town of Srebrenica. Myanmar faces a series of legal challenges around the world accusing it of atrocities against Rohingya Muslims during a military-led crackdown two years ago, but there are no legal precedents.

Now it is aspiration of the globe and Rohingya people that Myanmar’s compliance to the rulings will be monitored by the UN Security Council (UNSC) and the ICJ itself. If Myanmar fails to take the adequate steps, it would be up to the UNSC to take actions to ensure Myanmar’s compliance. The international community must vigorously monitor how Myanmar follows this ruling. If the Myanmar authorities both the civilian government and the military fail to end their genocidal practices, the world must be ready to take action.The growing global support for Gambia’s case raises the stakes for Myanmar to engage in the ICJ process in a meaningful way and change its approach to the Rohingya. The Myanmar government cannot hide behind its powerful friends or the banner of sovereignty to escape its responsibilities under the Genocide Convention.