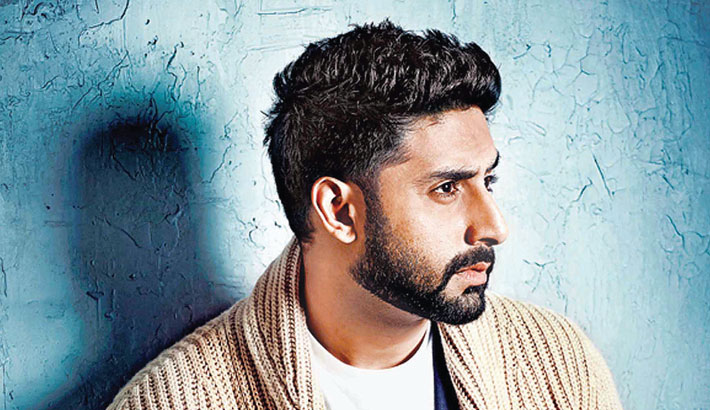 Abhishek Bachhan has started shooting for his upcoming movie "Bob Biswas" in Kolkata. The film is a spin-off of "Kahaani", and features the poker-faced contract killer Bob Biswas from the Vidya Balan-starrer, reports IANS.

Abhishek shared the news on Instagram early on Friday. He posted a photo of a pair of old-fashioned glasses and an old Motorola handset which were used by contract killer Bob Biswas in the 2012 thriller. Reminding the audience of Bob’s iconic dialogue from the film, "Nomoshkar! Ek minute...," which used to be followed by a gruesome murder, the actor wrote on Instagram: "Nomoshkar! #BobBiswas #dayone".

The actor is expected to shoot in Kolkata for 42 days for the film which marks the directorial debut of Sujoy Ghosh''s daughter Diya Annapurna Ghosh. Shoot has begun in South Kolkata and Abhishek seems to be enjoying the city's winter as he tweeted: "I love Kolkata."

Noted Bengali film actor Saswata Chatterjee, who received immense appreciation for his flawless portrayal of Bob Biswas in "Kahaani", was initially approached for the role of the upcoming film, claims reports. Netizens had expressed their desire to see Chatterjee in the role soon after the film was announced in November last year. However, the actor reportedly could not come on board due to date issues.

The film is being produced by Shah Rukh Khan's Red Chillies Entertainment along with Sujoy Ghosh's Bound Script Production and is expected to release later this year.

In an earlier interview, Abhishek Bachhan had shared: "I can’t speak Bangla properly even though I understand the language." We’re sure 42 days in Kolkata will teach the actor a lot more Bangla than just "Nomoshkar! Ek minute."