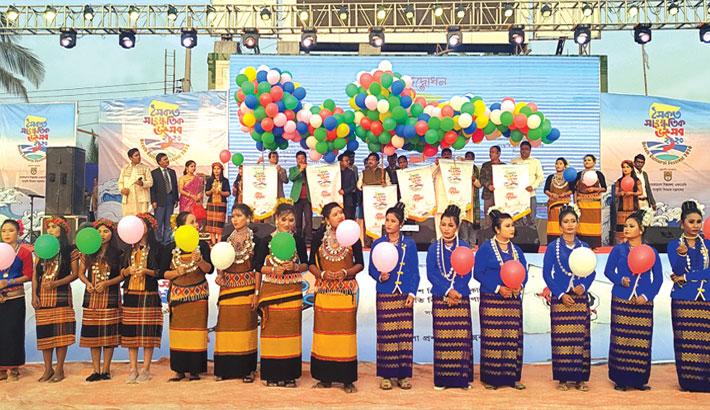 The inaugural ceremony of the festival was held at the district administration’s open stage of Cox’s Bazar sea beach's Laboni Poin at 04:00pm. 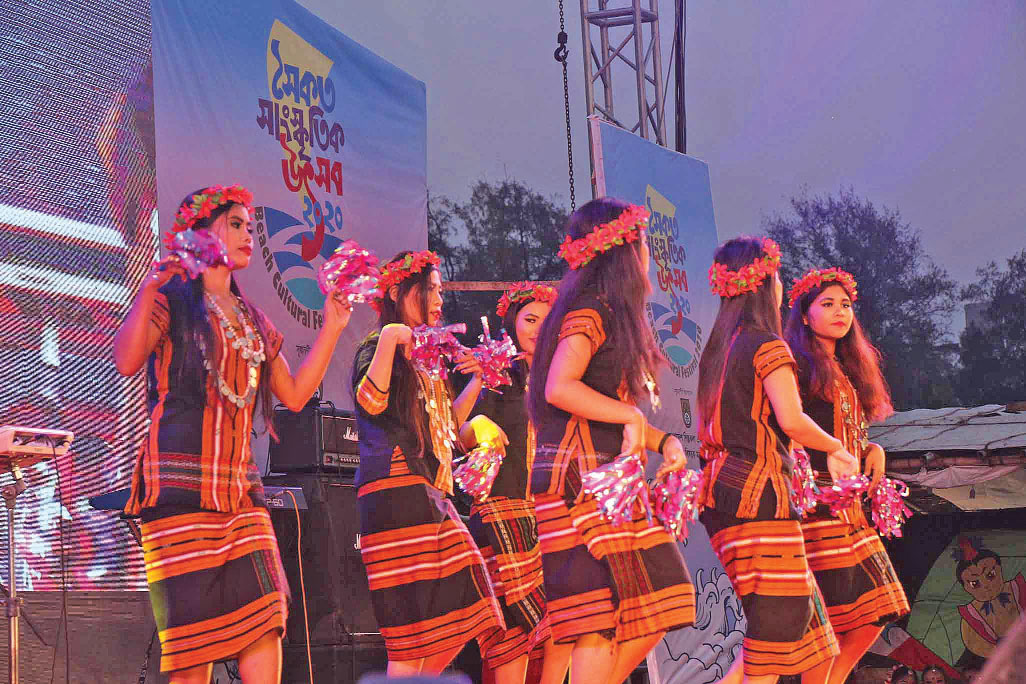 While speaking BSA DG Liaquat Ali Lucky said, “This festival is the part of ongoing cultural activities of Bangladesh Shilpakala Academy. The main objective of the festival is to spread the Bangladeshi culture among the mass people.”

After inaugural ceremony an acrobatic performance was held where BSA acrobatic team showcase their performance. Then, a troup from Indegenious Community of Cox's Bazar took the floor and enthralled the audience by their fabulous performance.

After that, a discussion was held.  BSA officials and other prominent cultural personalities of Dhaka and Cox's Bazar attended the discussion.

Then, group performances comprising songs and dances by local troupes were held. The first day’s event was held till 08:00pm.

Besides, two 43 foot-long portraits of Father of the Nation Bangabandhu Sheikh Mujibur Rahman and Prime Minister Sheikh Hasina installed at the venue and will be displayed at the venue till January 30.

More than 5 hundred artistes from Cox’s Bazar, Chattogram, Bandarban and Bangladesh Shilpakala Academy, along with many cultural organisations, are participating in the festival.