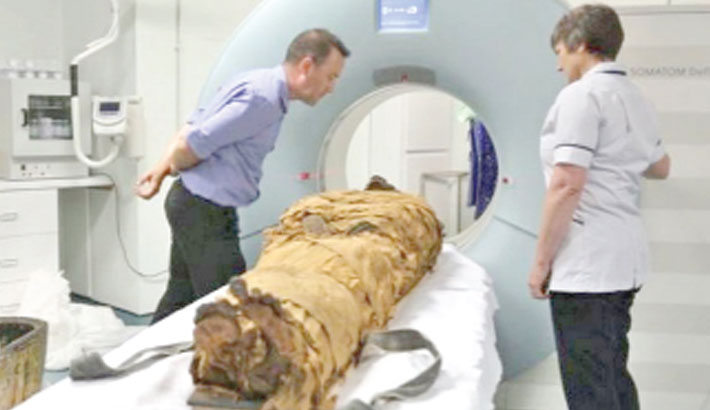 Scientists have fulfilled a mummified Egyptian priest’s wish for life after death - by replicating his voice with artificial vocal cords, reports BBC.

Nesyamun’s voice has been reproduced as a vowel-like sound that is reminiscent of a sheep’s bleat. The priest lived during the politically volatile reign of pharaoh Ramses XI, between 1099 and 1069BC.

As a priest in Thebes, Nesyamun would have needed a strong voice for his ritual duties, which involved singing. When Nesyamun died, his voice fell silent, but 3,000 years on, a team of researchers have brought it back to life. They have done so by producing a 3D-printed voice box based Nesyamun’s vocal tract, which was scanned to establish its precise dimensions.

By using the vocal tract with an artificial larynx sound, they synthesised a vowel sound meant to be similar to the voice of Nesyamun.

It is believed to be the first project of its kind to successfully recreate the voice of a dead person through artificial means. In the future, the researchers hope to use computer models to recreate full sentences in Nesyamun’s voice.

The research - carried out by academics at Royal Holloway, University of London, the University of York and Leeds Museum - was published in the Scientific Reports journal on Thursday.

The voice recreation technique “has given us the unique opportunity to hear the sound of someone long dead”, said study co-author Joann Fletcher, a professor of archaeology at the University of York.