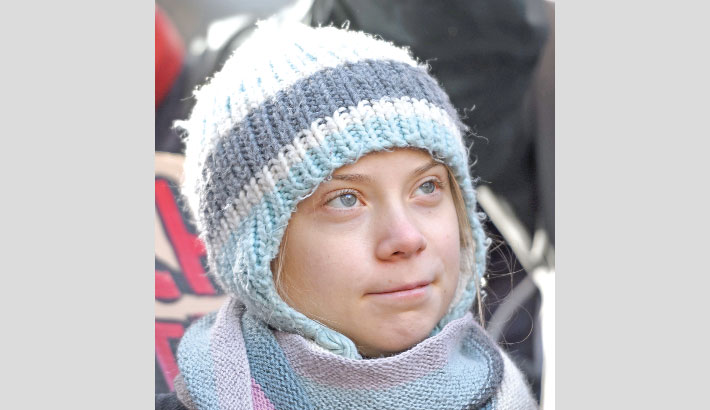 Teenage activist Greta Thunberg on Friday said activists’ calls on the corporate and political elite at Davos to seriously fight climate change had been “completely ignored”, but vowed not to be subdued by stinging personal criticism from the Trump administration, reports AFP.

The 50th edition of the annual Swiss Alps forum wrapped up with the menace of climate change—which UN Secretary General Antonio Guterres warned could leave humanity “doomed”—hammered into the minds of participants but doubt over whether any concrete action would be forthcoming.

Thunberg, 17, whose school strike movement had inspired a generation of young people to pressure governments over their inaction, had told the World Economic Forum (WEF) she wanted to see an immediate end to investment in fossil fuels.

“Before we came here we had a few demands for this WEF. Of course these demands have been completely ignored. We expected nothing less,” Thunberg told reporters in the ski resort on the last day of the conference.

“They do not have to do anything as they are not being held accountable,” she lamented before joining other young people in one of her regular “Fridays for Future” protests in Davos.

The Swede had emerged as one of the key figures of the Davos forum, warning “our house is still on fire” and prompting US President Donald Trump to grumble on his visit to the event about the “perennial prophets of doom”.