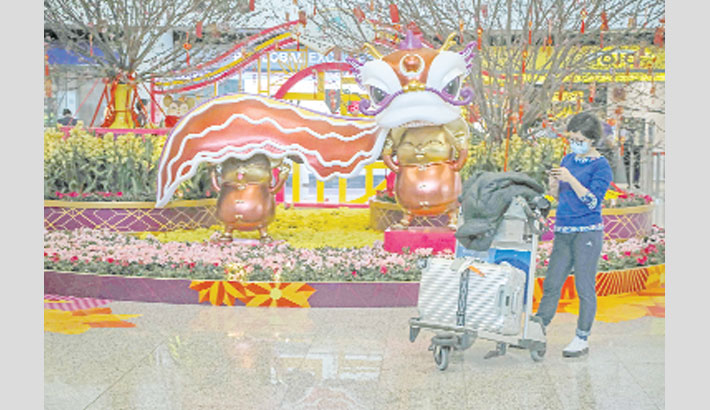 BEIJING: Large-scale Lunar New Year events in Beijing have been cancelled as part of national efforts to control the spread of a new SARS-like virus, city authorities announced Thursday, reports AFP. Chinese authorities have been telling people to avoid crowded places over the busy Spring Festival holiday to try and halt the spread of a new coronavirus which has infected over 570 people.

The city government said it would call off events including temple fairs — which have attracted massive crowds of tourists in past years — urging citizens “to strengthen prevention and support”. In a post on China’s Twitter-like platform Weibo, city authorities added that the move was to help epidemic prevention and control.

The central city of Wuhan, where the virus emerged, was put on lockdown Thursday, with outbound trains and planes indefinitely suspended. Tollways on roads out of the city were closed as well.