Helicopter Parenting: How Far Can We Go?

Parents love their children more than anything else. They look after them out of duty and unconditional love. They want the best for their children as long as they live. From the vulnerable phase after birth to the stable stage of adulthood, parents tend to protect their children and shape their psyche according to their philosophy. While raising kids, sometimes parents over-parent them by getting involved in each and every aspect of their lives. They love giving advices, suggestions and even decisions to their children and expect them to obey their choice without questioning. This certain way of parenting, where the parent seems to be present everywhere hovering over the head like a helicopter, is called "helicopter parenting". Like a helicopter, a parent can also be on over-the-top of their children in order to overly protect and control their children's lives. 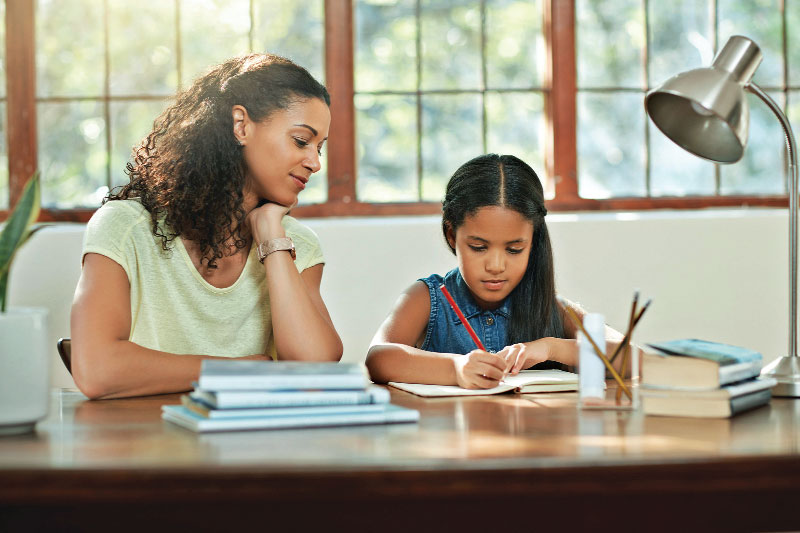 The metaphor of helicopter parenting was first used in a 1969 book titled Between Parent and Teenager written by Dr. Haim Ginott. The overprotective mother is compared to a helicopter who just hovers around her children's head and keep eyeing their activities. Later, the term "helicopter parenting" was first coined in a 1990 book Parenting with Love and Logic by Foster Cline and Jim Fay. According to Cline and Fay, helicopter parents get obsessively involved in their children's academic progress. When parents try to over-parent their children, it becomes problematic. The children become dependent on their parents and at times suffer from mental health issues. So, apparently helicopter parenting may make a parent feel good about his/her parenthood, but it turns out to be ruinous and harmful for the children.

Before knowing the damage that helicopter parenting causes, we must know the reason behind becoming a helicopter parent. There are many ways of parenting. Nevertheless, not any particular way can be the best way. There are certain reasons for which parents consciously or unconsciously choose the method of helicopter parenting in order to raise their children with proper care and guidance. For example, parents believe that children's present can influence their future. If they do anything wrong today, they will have to face its consequences tomorrow. So, in order to prevent further struggle and challenges, parents become helicopters and keep on guiding their children in every possible way. It happens because parents remain anxious about the grade, employment and disappointment of their children. In this highly competitive world, children are academically challenged by their peers, institutions and even parents. This pressure unknowingly makes a parent a helicopter which continuously hovers over the head of a child.

In our society, one major reason behind becoming a helicopter parent is the sense of being judged by others. We tend to think that a parent's identity lies in child's accomplishments. People see our children and judge us. In order not to be wrongly judged by people around us, parents try heart and soul to keep their children on the right track. In this way, the relationship between children and parents gets bitter and even toxic. Another big problem is the peer pressure that the parents feel from other parents. There are many helicopter parents who behave in such a way as if they were the protective and caring parents in the truest sense. Therefore, to prove oneself a better and more caring parent, one chooses the helicopter parenting style to raise their kids. The better the child progresses, the better the parents feel.

Helicopter parenting also limits the freedom and independence of the children to a great extent. It is covertly and overtly related to mental health issues. Since children are obsessively controlled by their parents, they can hardly think of doing any important task on their own. They are used to living in a comfort zone which, in a way, affects their courage to face any challenge. Children, who are nurtured by helicopter parents, suffer from massive anxiety. They always remain under parental scrutiny. Whenever they face any problem, they are guided by their parents. In this way, they do not learn to look for alternative solutions. As a result, they fall in the trap of failure and incapability, especially when they do not find their parents around them.

Again children of helicopter parents are too inclined to the parents. They hardly focus on the life skills. From putting on trousers to doing home works, helicopter parents always show their children the way to do it. They not only show but also sometimes walk the way in their own manner, and then expect their children to follow their footsteps blindly. Children hardly learn to walk on their own. It is true that as parents, we should keep on watching the early steps of our children for the sake of their safety and security. Even children too expect the watchful eyes of their parents, but from a distant space, not over their shoulder. When parents fail to maintain a boundary between them and their children, their children also fail to understand the importance of having personal space for themselves.

Sometimes helicopter parents of more than one child become overprotective towards the younger one. As a result, the sweet bonding that parents and children share gradually gets bitter. The elder child starts marking the parent as biased towards his/her sibling. He/she suffers from alienation.

Sometimes children feel offended by the excessive instructions of their helicopter parents in public domains. Their parents make them feel that they would do nothing without them. This sort of feeling ruins all their confidence and makes them entirely dependent on the helicopters. They start possessing low self-esteem. And they can hardly adjust with other people without parental support. This is what happens when a child starts his/her academic life in a school. The child feels threatened even by the school teachers because he/she cannot do anything confidently without his/her mother's support.

One of the deadliest problems with helicopter parenting is the unrealized idea of space. Parents need to have their own spaces in order to be on their own. Children need this space too. Helicopter parents remain busy in hovering over the head of their children all the time. As a result, both parents and children do not get space for their individual selves. Such situation creates internal problems. Parents cannot be anyone but parents only. And children can rarely grow up.

The inclination between parents and children is an obvious and oblivious thing. Parents are the primary caregivers. However, obsessive and excessive care can be harmful. So, this style of parenting should be prevented. There are certain ways to stop being a helicopter parent. First of all, it is very important to give and take adequate space for individuals in order to grow as human beings. Parents should understand the importance of giving freedom to their children so that they can at least do something to lead their own lives.

If the children are older enough to do a few tasks, they should be allowed to do so. In that way, they will learn to face and overcome many challenges. Instead of clinging to the parents, children will grow up to be independent and strong individuals. Children have the capability and urge to take their own decisions. Instead of imposing conventional decision, parents should let them decide for themselves. Every good decision must be appreciated. Every wrong decision can be corrected.

There is a saying that good parents always make their children ready to live their lives properly without the support and assistance of their parents. The best way of parenting is to make the children strong enough to take up any challenge on their own. This is why, it is important to let them fail in some tasks. Failure is the pillar of the ultimate success. Instead of preventing failure, parents can counsel their children to learn something positive from it and get ready for the next level. It is important to know how to rise again after falling down each time. Parental motivation can make the children rise and walk towards the way of success. So, instead of helicoptering, we, the parents, should help our children to walk the way of life.