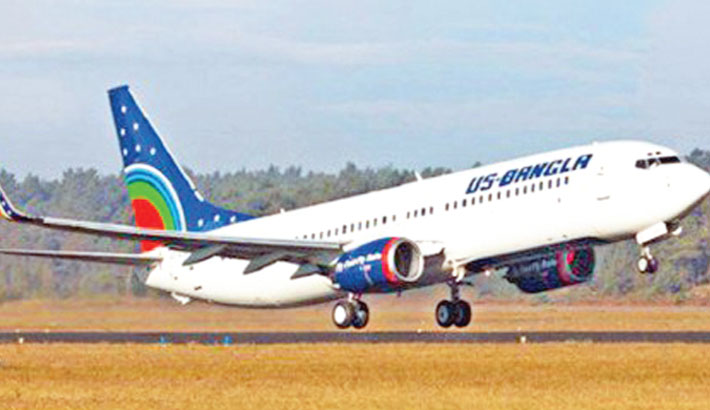 The aircraft which came straight from the factory in France landed at Hazrat Shahjalal International Airport around 4:40pm. The airline has planned to increase number of flights and new routes in domestic sector with the new aircraft.

Adviser of US-Bangla Airlines, Capt Sikder Mezbahuddin Ahmed along with high officials were present at the airport to receive the new plane.

The airline started its journey on July 17, 2014 with two 76-seater Dash8-Q400 aircraft and with the maiden flight to Jashore. Within less than two years it went international with the introduction of flight to Kathmandu. The airline’s fleet now consists of thirteen aircraft-four Boeing 737-800, six brand new ATR72-600 and three Dash8-Q400.

The airline is planning to add four more brand new ATR 72-600 aircraft to its fleet by June 2020.