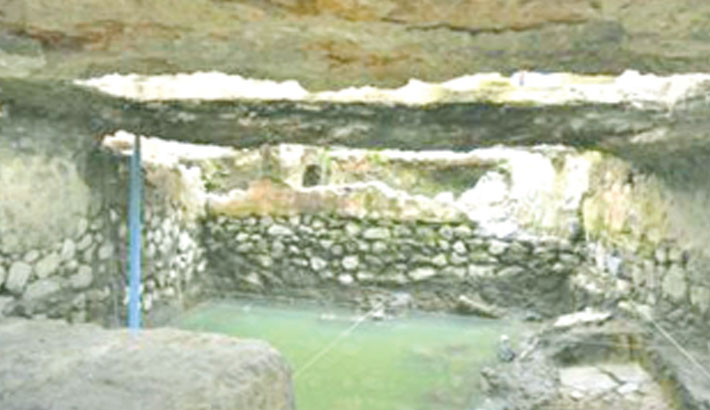 A pre-Hispanic sauna, dating back to the 14th Century, has been uncovered by archaeologists in Mexico City, reports BBC.

The remains of the sweat lodge, built with blocks of adobe and volcanic rock, still had its central part. where the tub or pool for the steam bath was located, according to Mexico’s National Institute of Anthropology and History.

Places like this, known as a temazcal, originated with indigenous peoples in Mesoamerica, and were permanent structures used for medicinal purposes, spiritual rituals and for women to give birth.            The findings in the historic La Merced neighbourhood allowed experts to determine the exact location of Temazcaltitlán, one of the first areas of Tenochtitlán, the ancient metropolis that became modern-day Mexico City.

The excavations also uncovered the well-preserved remains of a house, including walls decorated with red motifs.