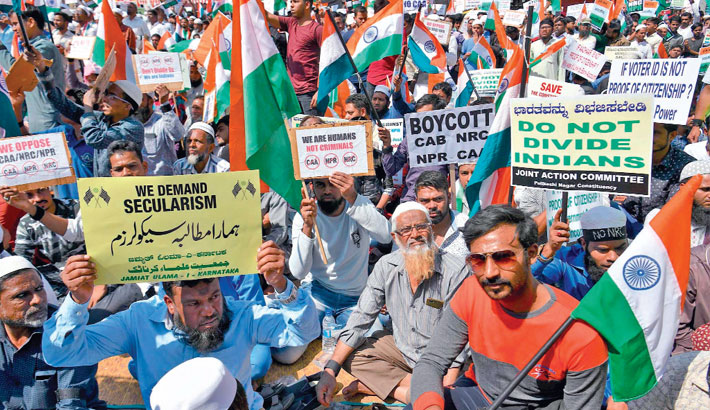 Lucknow: The Citizenship Amendment Act will not be withdrawn come what may, Indian Home Minister Amit Shah announced on Tuesday in Lucknow, amid countrywide protests against the contentious law, driven by students and the civil society, reports NDTV.

Challenging opposition leaders to a debate, Amit Shah said: “Let me say this here and now, this law will not be withdrawn, no matter who protests... We are not scared of opposition, we were born in it.”

Speaking in Lucknow - one of the epicentres of protest—as part of the government’s outreach to the people, Amit Shah accused the Congress and the Samajwadi Party of spreading lies about the law. “Mamata didi, Akhilesh-ji, Mayawati-ji, I dare you to a debate on the Citizenship Act anywhere in the country... I dare you to show me any clause in the bill that talks about taking away any one’s citizenship,” he said.

The BJP claims that the protests against the CAA are fallout of misinformation spread by the opposition. Shah also accused the Congress of making such a law necessary - first through partition and then through inaction because of votebank politics.

“For 10 years the UPA government was there, and from Pakistan, Aalia, Malia, Jamalia used to come here and carry out terror attacks. Manmohan Singh or mauni baba did not say a word against it. It is because of your people from Uttar Pradesh that Modi-ji got a two-thirds majority government,” he said.